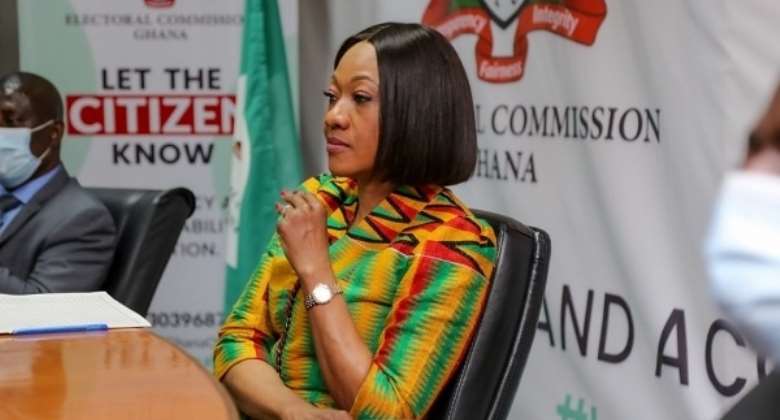 Samuel Ofosu-Ampofo has narrated how the Inter-Party Advisory Committee (IPAC) of the Electoral Commission under the leadership of Mrs Jean Mensa has lost its relevance because of the posturing of the chair of the election management body.

According to him, the EC boss comes to IPAC meetings with the posture of a headmistress who treats the other partners as students.

He said IPAC is a forum for consensus-building but no consensus has ever been built under Mr Jean Mensa’s administration.

Mr Ofosu-Ampofo expressed worry that IPAC meetings have been transformed into a forum for majority votes instead of consensus-building.

"Now, during IPAC meetings, people are heavily searched before they are admitted into the meeting with security armed to the teeth," he said.

"You go for IPAC meetings and some parties are mentioned and you ask yourself, ‘where from this one, too?’" he mentioned.

"IPAC is full of political parties without offices run by a fellow with his wife and children as executives, yet these parties are made to take decisions for a party with a huge representation in parliament," Mr Ofosu-Ampofo lamented.

He said these parties are mostly on the majority side of the EC when issues are tabled at the meeting.

Historically, he said IPAC was an initiative of the late President Jerry John Rawlings when the then-New Patriotic Party, led by the late Prof Adu Boahen, boycotted the 1992 parliamentary elections.

According to him, Mr Rawlings thought it wise to create a forum for consensus in the management of elections in the country, hence the establishment of IPAC.

"And over the years, IPAC helped in ensuring election reforms in the country," he stressed.