We need peace in Bawku, we cannot make our children inherit a worse Bawku — Ambrose Derry 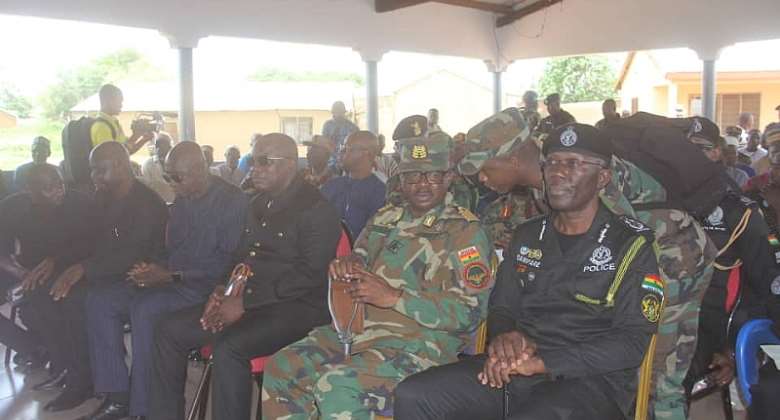 Mr Ambrose Dery, the Minister of Interior, has called on factions in the Bawku Chieftaincy dispute to give peace a chance to restore normal times for socio-economic development.

He said when all the parties agree and commit to ensuring peace by their action, the security restrictions imposed on the area would be reviewed to allow people to engage in their businesses.

Mr Dery made the appeal at Bawku when a government delegation including Mr Dominic Nitiwul, the Minister of Defence and the Inspector General of Police, Dr George Akuffo-Dampare and other staff from the two ministries visited the area to engage the factions.

He said the government was committed to restoring peace in Bawku through various arrangements including beefing up security in the area, imposing certain restrictions and called on the residents to work together to achieve lasting peace.

“I have not come to say things that will please you, I have come to tell you that we need peace, we cannot make our children inherit a worse Bawku than our parents made us to inherit, so we are coming to tell you to give peace a chance.

“If you give us peace, within a week we will review the restrictions, but if you want to tell us that the only thing you know is war, well, we will increase our outskates,” he said.

Mr Dery reiterated the ruling of the Supreme Court on the matter and noted that was the government's position and urged all parties to respect the ruling to ensure peace.

He said, “the President said we should come and tell you that it is not all about laws, it is about you and not the Chieftaincy because Bawku already has a Chief.”

On his part, the Defence Minister said the delegation was there to ensure that the factions laid down their arms and not to discuss the chieftaincy issue, adding “because there is nothing to talk about, the President has come to settle the matter and the Minister of Chieftaincy also read the position of government during last year's Samapiid festival, so there is nothing to talk about.”

Zugraan Naba Asigri Abugrago Azoka II, the Paramount Chief of the Kusaug Traditional Area, lauded the efforts of the government to restore peace in the area and reiterated the commitment of his traditional council and people to abide by the peace tenets imposed on the area.

He however, called on the government to tackle and uproot causes of the recurrent conflict since that matter had been settled by the laws of the country.

Mr Mohammed Tahiru Nambe, the Mamprusi Youth Leader, said the people were going to work to ensure peace to enable normal life and for businesses to thrive.

Since the re-emergence of the conflict in 2021, several lives and property have been destroyed and economic and social activities had come to a standstill.

The protracted conflict is partly due to disagreement over the performance of the funeral of a Chief who died more than 42 years ago, to pave way for the enskinment of another Chief.

Meanwhile, the government, through the Ministry of Chieftaincy and Religious Affairs, noted that the Chieftaincy disagreement was settled by the Supreme Court in 2003 and urged all parties to respect the ruling.

The Ministry of the Interior and the Upper East Regional Security Council had imposed various restrictions including curfew, ban on wearing of smock, riding of motorbikes and tricycles among others in the Bawku Township and its environs.