“I Do Not Think I Know”: Scott Morrison’s Submarine Deception 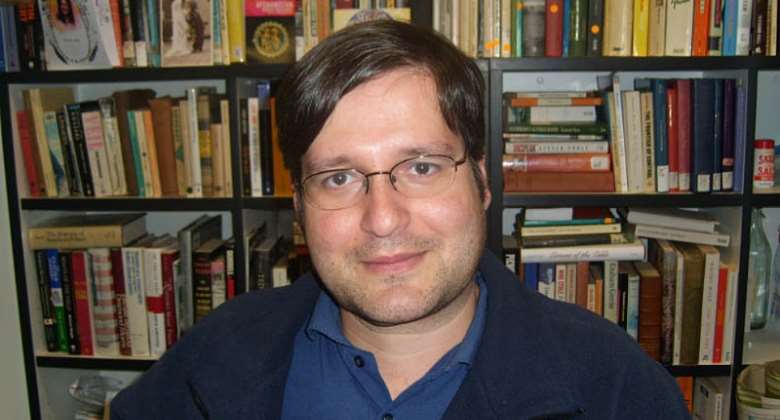 When it was revealed that former Australian Prime Minister Scott Morrison had not only shown contempt for his own government in secretly appointing himself, via the Governor-General’s approval, to five portfolios, the depths of deception seemed to be boundless. His tenure had already been marked by a spectacular, habitual tendency to conceal matters. What else would come out?

The latest revelation in the Morrison Mendacity Roadshow came in a leaked document authored by a former Department of Defence deputy secretary, Kim Gillis, a key figure in submarine contract negotiations with the French Naval Group. The contract to build twelve French-made diesel-powered Attack class submarines was spectacularly scuppered by the Morrison government with the announcement last September of the AUKUS security pact. A key provision of that agreement between Canberra, Washington and London was that Australia would be acquiring nuclear-propulsion technology for submarines sourced from either the United Kingdom or the United States.

France was kept in the dark of both the AUKUS negotiations and the fact that their treasured, lucrative submarine contract would cease to exist after September. It ruined, for a time, the relationship between Australia and France, and led President Emmanuel Macron to publicly accuse Morrison of lying. “I don’t think,” he memorably responded to a journalist’s question when asked about the conduct of Australia’s prime minister, “I know.”

Morrison, in a poisonous spirit of retaliation, proceeded to leak the content of private text conversations conducted with the French president. The selective leaking purportedly showed Macron asking a mere two days before the AUKUS announcement whether he should “expect good or bad news for our joint submarines ambitions”. As ever, Australia’s duplicitous leader was attempting to restore his own tattered credibility by claiming that Macron should have had an inkling that something was rotten in the submarine project.

The 10-page document by Gillies, designed as an explainer to staff, is something of a tell-all about a gross failure of planning and vision. He is understandably defensive about his pet project, insisting, from the outset, that the “cost and schedule blow outs” noted in the media were “wrong and devalues the achievements and the tremendous work by our teams in Australia and France”. Estimates, for instance, that the submarine program would cost A$50 billion were deemed reasonable at the time, given inflation projects from the Department of Finance (2.5% to 3%).

Confusion on this point arose because of 2016 testimony given by Program Manager Rear Admiral Greg Sammut to Senate estimates, whose figure of $A50 billion was arrived at in constant dollars. This was largely due to the fact that the production schedule had yet to be concretely ascertained, though the first class of submarine was intended to be delivered in 2032, and the last in the 2050s. The larger sum of A$90 billion generated by the Department of Finance in 2017, because it incorporated inflation over the course of 35 years, was then misrepresented by both parliamentarians and the media as “cost blow out”. This was, Gillis mockingly wrote, nothing more than a “factoid”, “an item of unreliable information that is reported and reported so often that it becomes accepted as fact”.

Despite scepticism about a nuclear submarine model being retooled and adjusted to conventional parameters, Gillis was all praise for a design that “would be the most advanced lethal conventionally powered submarine ever built.” Even “my American submariner colleagues who assisted in the evaluation concluded that the new Attack class would provide capabilities in a range of operational environments that would exceed some of the capabilities of the US nuclear boats.”

The note also extols the merits of the Australian Defence Department’s own Project Team. There is almost starstruck admiration for the ability of the Naval Group Australia section (NGA) “to develop the company, including all its policies, systems and processes, whilst executing one of the most complex and demanding programs in Australian Defence procurement history.” There was little doubt, in the mind of this particularly dedicated public servant, that moves were being made to create “a truly sovereign capability to design, build and operate submarines” in Australia.

While Gillis may be straying from hard-nosed reality into the realm of streaky hope, he is adamant that the behaviour of the Morrison government in ending the contract without the awareness of those intimately connected with the process was unpardonable.

Special reference is made to the sidelined role of the Commonwealth contract manager, who was, at the time, Admiral Sammut. “I believe it is totally unacceptable when the Commonwealth contract manager is excluded from discussions regarding the termination of the contract for what now appears to be six or more months.” Critically, “there was an alternate strategy being developed behind closed doors and outside the accepted contractual processes.”

On September 15, 2021, the day of the AUKUS announcement, the Naval Group Australia Board had received a letter from the Defence Project Office informing them that they “had met the final exit point to move on to the next phase of the project.” There was no inkling on what would happen next. Had it been otherwise, no agreements would have been reached to send staff to France the week prior to the “fateful decision”, nor enter into more subcontracts with new Australian companies.

The calamitous episode prompted Gillis to come up with his own assessment about bureaucratic machinations. While not quite in the same league of tormented language as the “known unknowns” of the late former US Secretary of Defence Donald Rumsfeld, the Naval Group submarine fiasco had given us a new argot: “[T]he phrase ‘I do not think I know’ will now become an integral part of the Australian vernacular. It will relate to a lie or to a mistruth told by someone in high office.”