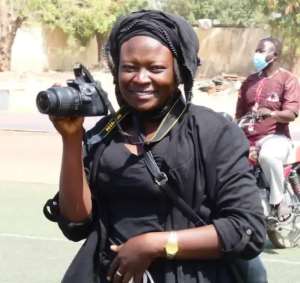 Dakar, September 14, 2022—Chadian authorities should thoroughly investigate the attack on Aristide Djimaldé by police, hold the responsible officers accountable, and ensure the safety of journalists covering protests in the country, the Committee to Protect Journalists said Wednesday.

On September 3, police beat with whips Djimaldé, a reporter with the privately owned news website Alwihda Info, and confiscated her press card and phone as she covered an opposition political demonstration in N’Djamena, Chad’s capital, according to news reports and the journalist, who spoke to CPJ over the phone. The beating caused body aches, Djimaldétold CPJ. Authorities arrested several other journalists covering the protest and released them shortly afterward, the reports said, citing a union that represents journalists.

Djimaldé told CPJ that she was on assignment for Alwihda Info when a uniformed police officer wearing a hood that showed only the officer’s eyes approached her as she used her phone to film a group of officers beating young demonstrators.

The police officer saw Djimaldé, walked toward her, snatched her phone, and erased everything, including her contacts, messages, and recorded content, the journalist said. Then, a group of uniformed police officers joined and began hitting her with whips on her back and arms for several minutes, before women from a nearby house intervened and she managed to escape, Djimaldé said.

“Chadian authorities should investigate the whipping of journalist Aristide Djimaldé by police and ensure the safety of journalists as they work to report the news,’’ said Muthoki Mumo, CPJ’s sub-Saharan Africa representative, in Nairobi. “Attacks on journalists by security forces send a chilling message, which will only be amplified if there is no accountability.”

Djimaldé told CPJ that the officers asked her if she was a journalist, she told them “yes” and she showed her press card, but they confiscated the card and ordered her to get into their car. Djimaldé said she refused to be taken in the car, and managed to snatch her phone and press card from the officers’ hands; then, she received more beatings with whips.

Because the neighborhood was cordoned off by the security forces and no one could leave the area, the journalist said she received medical treatment at the home of a nurse who is a member of Les Transformateurs, the opposition party that had called for the demonstration.

Djimaldé told CPJ on Friday, September 9, that she has not yet returned to work and still felt pain in her arms from the attack.

Nathan Tah Leubnoudji, secretary-general of Réseau des Journalistes et Reporters Tchadiens, a network of Chadian reporters and journalists known as the RJRT, told CPJ over the phone that police targeted Djimaldé for “her proximity to Les Transformateurs,” a political party that opposes an ongoing dialogue on national inclusivity. Djimaldé’s personal Facebook page and WhatsApp profile in early September included, among other images, a photo of the leader of Les Transformateurs draped with the national flag of Chad and surrounded by a large crowd of supporters, CPJ found in a review.

According to Leubnoudji, authorities arrested three other journalists who covered the protest, did not beat them, and released them.

CPJ sent questions via a messaging app on Friday, September 9, to the Chadian directorate of the National Police via a contact number publicly available online but received no response.