Campus rivalry must be about intellectual acumen, not violence – Nana Yaw Akwada 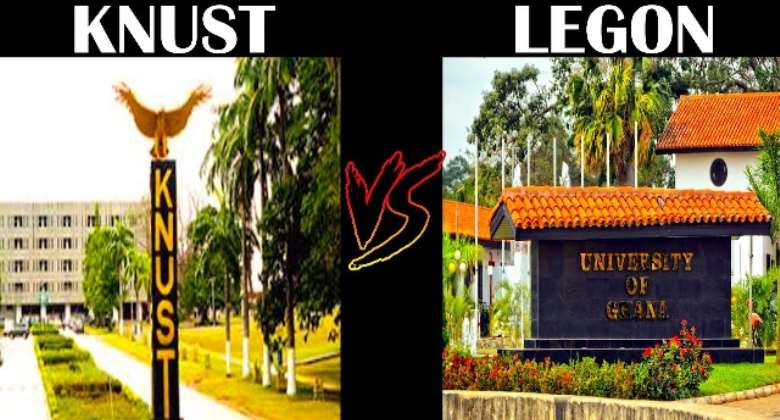 The Chief of Party at the Bureau of Public Safety, Nana Yaw Akwada has called on students in Ghana’s universities to elevate campus rivalry to the level of intellectual prowess rather than violence.

Twelve students of the Kwame Nkrumah University of Science and Technology are receiving treatment at the Komfo Anokye teaching hospital after sustaining varying degrees of injuries.

This follows violent clashes which occurred on campus on August 18, 2022 at the Kwame Nkrumah between resident students of University Hall, popularly known as Katanga, and Unity Hall, also referred to as Conti.

This rival clash comes just weeks after a similar incident occurred at the University of Ghana campus between students of Commonwealth and Mensah-Sarbah Halls.

Police have since commenced investigations into the matter with the campus of the university reportedly under heavy security presence.

All student gatherings and activities of same have also been suspended indefinitely by the university’s management.

Speaking on Class 91.3 FM’s Flagship news program 505 with Korku Lumor, Mr. Akwada stressed that campus rivalry must be centered on competition of capabilities, not on vandalism.

“Campus rivalry is not a new phenomenon. It is something that should be centered on intellectual acumen rather than violence. Competition of capabilities, instead of demonstration of primitive vandalism, but what we see today in campus protest, has become a competition of which group of people can be more violent,” he stated.

Mr. Akwada is, therefore, calling on the investigative committee looking into the matter to recommend punitive measures that will bite hard, to serve as a deterrent to students who may want to engage in similar acts in the future.

“The investigative committee that’s going to look at this, must bite and bite hard. If he knows that if he takes part in a riot on campus destroying properties, riots that may sometimes even lead to a close down of the university’s system, he may be rusticated and that will be a common beat of riotous students, he is going to sit up,” Mr. Akwada suggested.

“If he knows that eventually, someday, if his name comes up as being part of a riot, it may even go as far as affecting his employability, he’s going to sit up...” he concluded.

E-Levy: Gov’t determined to behave like a vampire to suck th...
22 minutes ago

Gov’t will hide behind IMF discussions to force more hardshi...
22 minutes ago