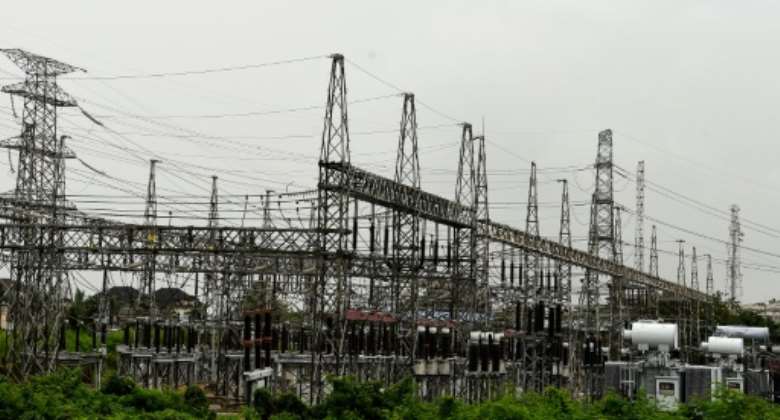 Residents reported power cuts in parts of Nigeria including the economic capital Lagos on Wednesday as electricity workers go on strike. By PIUS UTOMI EKPEI (AFP/File)

The National Union of Electricity Employees called the nationwide industrial action to compel the government to honour a 2019 agreement to pay retired workers of a former state-owned electricity company.

He said the strike had already thrown parts of the country of some 210 million people into darkness, adding that the action would not be called off until the union's demands were met.

In the economic capital Lagos, in the northern city of Kano and in the oil hub of Port Harcourt, residents reported power cuts since early Wednesday.

Ajaero however said the union was ready to resolve the dispute and restore normal service.

"We are open to talks," he said, adding that the power ministry had called for a meeting later on Wednesday.

Nigeria has about 7,000 megawatts of electricity available but distributes less than 4,000 because of a lack of technical capacity, resulting in patchy supplies.

Regular gas supply to power the electric plants is also a major problem in the oil and gas-rich country.

Many homes and companies depend on diesel-powered generators, which means higher operating costs.

The power sector was privatised in the early 2000s but corruption and inefficiency have blighted its progress.

The national grid has suffered many collapses since the start of the year.