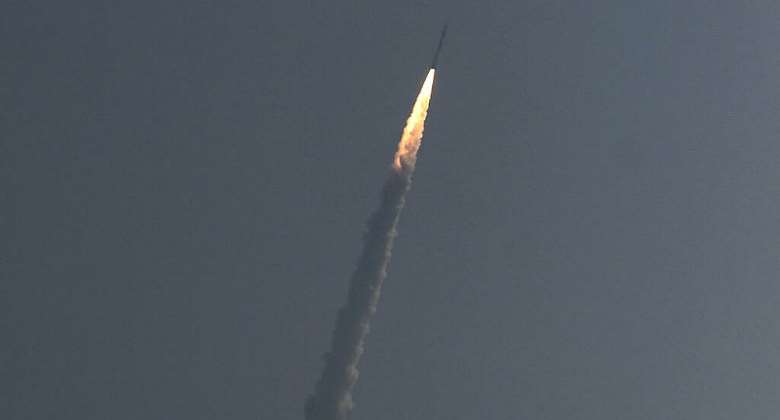 An Indian rocket that went awry on its maiden flight has cast a cloud over the country's plans to place smaller satellites into orbit and gain a foothold in the multi-billion-euro global launch market.

The 34-metre Small Satellite Launch Vehicle or SSLV was the latest and the cheapest entrant in India's stable of three operational rockets and designed to carry satellites weighing between just five kilograms and 500 kilograms.

S. Somanath, chairman of Indian Space Research Organisation (ISRO) said the low-cost rocket put two satellites including one built by 75 schoolgirls into an elliptical rather than circular orbit at an altitude of 356 kilometres.

“But for that problem, we couldn't see any other anomaly,” Somanath said after the much-awaited flight mission of the 3.6-million-euro rocket was deemed a failure.

“The satellites have already come down from that orbit and they are no longer usable,” he said after the 7 August flight, adding he was gearing up for another attempt.

“We hope that with the second development flight we will become completely successful in proving the vehicle can put satellites in the intended orbits for commercial use for India and the whole world,” he added.

G. Madhavan Nair, a former ISRO chief, urged the 53-year-old space agency to hurry up with the project, billed as India's only answer to the flourishing miniature satellite launch market.

“The demand is going to increase for small satellites by universities, institutions and the student community and (so) we have to quickly get in the market,” Nair told television.

“At the same time it is important that the production of this rocket system is taken up by the industry and then only we can meet the demands globally,” he added.

The mishap could dampen India's plans to gallop into the small satellite market, set to grow four-fold to 12 billion euros by 2030, the Indian Express newspaper added.

Made-to-order SSLVs can be assembled in 72 hours and at a tenth of the cost of those currently in use, which take around 80 days to build.

SSLV's flight had been postponed several times in the past three years and any further delay could hurt business for ISRO, which logged just half a dozen satellite launches by its larger rockets in that period, the newspaper said.

Three local firms said to have plans to assemble smaller satellites which account for 90 percent of all current launches.

The rocket's failure was also the second setback for India's earth observation satellites named EOS. Last year, one such satellite riding a regular rocket was scrapped because of launch disarray.

In 2014, India sent a rocket to Mars and succeeded in the first attempt while others failed. The expedition to the red planet cost 71 million euros, 11 percent of NASA's Maven orbiter.

Five years later it attempted to join an elite club of space-faring nations that flew to the moon. But the Indian spaceship lost contact while descending and the Lander crashed on the lunar surface.

ISRO is now gearing up for its most challenging mission to put astronauts on the moon next year after two dummy runs in a total expedition budget of 1.1 billion euros.