There's no food shortage in Ghana, it's a global problem — Agric Minister 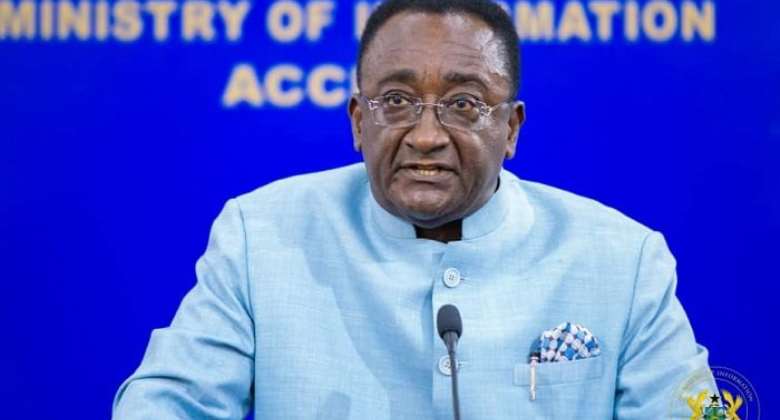 The Minister of Food and Agriculture, Dr. Owusu Afriyie Akoto, has slammed critics blaming the sector for poor performance resulting in the high cost of food items in the country.

The Agriculture Ministry has been heavily criticized in the face of the country's economic difficulties, particularly alleged food shortages.

The criticism stems from the Minister's famous statement two years ago that the price of a bunch of plantains varies between GHS3, GHS4 and GHS5.

On Accra-based TV3, which Modernghana News monitors, the former Member of Parliament for the Kwadaso Constituency boasted that his ministry is the only among all that has performed admirably in the face of adversity.

“If you look at all the sectors, the agric sector stands out as the sector which is doing well.”

Clarifying his point on whether a bunch of plantains is still sold at GHS5, the Minister replied, “I said that 2 years ago. Things have changed.”

He clarified that his ministry is doing everything possible through the planting for food and jobs initiative to alleviate the country's rising food prices and scarcity due to global factors.

Bawku Conflict : NMC cautions against "weaponization" of med...
4 minutes ago