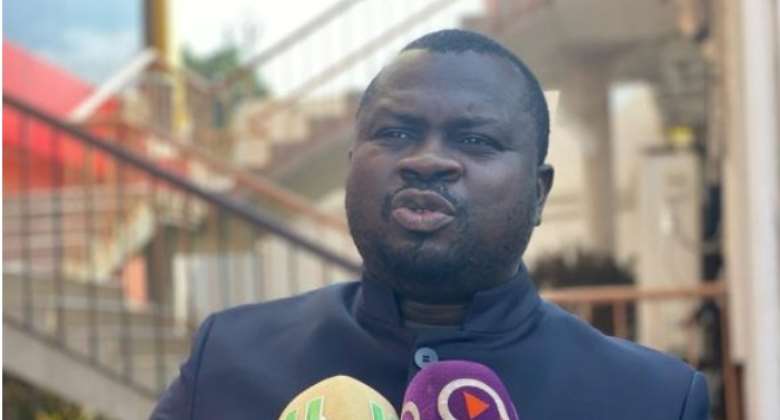 The Ghana Journalists Association (GJA) has jumped to the defense of the staff of Radio Ada amid the ongoing impasse with the Ada Traditional Council.

At a press conference in Accra held at the Ghana International Press Conference on Thursday, August 11, GJA President Albert Kwabena Dwumfour urged the Ada Traditional Council to desist from actions that will endanger staff of the radio station.

Although Radio Ada has always been given space to mount equipments to cover the Asafotufiami, the station was blacklisted for this year’s festival over the alleged lack of show of respect to traditional leaders by some presenters.

On the same matter, the Ada Traditional Council has filed a complaint at the National Media Commission (NMC) against Radio Ada for professional misconduct in a bid to have the station sanctioned.

As the mother body of journalists in the country, the GJA has called on the management of Radio Ada and the Traditional leaders to use dialogue to solve all the issues.

“On the way forward, the GJA calls on the Ada Traditional Council not to take the law into their own hands and that it should endeavor to use the due process of law to address its concerns. The Council must also refrain from actions that have the tendency to endanger the lives of the radio station and its staff,” GJA President Albert Kwabena Dwumfour told the media at today’s press conference.

He added, “We also advise Radio Ada and its staff to refrain from using insulting or unacceptable language in the discharge of their duties. They should endeavor to exhibit high professional standards at all times. We, however, encourage them to continue to discharge their constitutional mandate as provided in Article 162(5) of the 1992 Constitution to hold the responsibility and accountability of the government to the people of Ghana. They must continue to play the watchdog role of the media in the interest of the people.

“We wish to encourage both the Ada Traditional Council and the management of Radio Ada to find amicable ways of resolving their differences. We urge them to consider each other as partners in development and work together to promote development in the area. The GJA is interested in seeing peace restored between the Ada Traditional Council and Radio Ada.”