Doctor who was wrongfully dismissed, reinstated by GHS after 6years cry for compensation, promotion 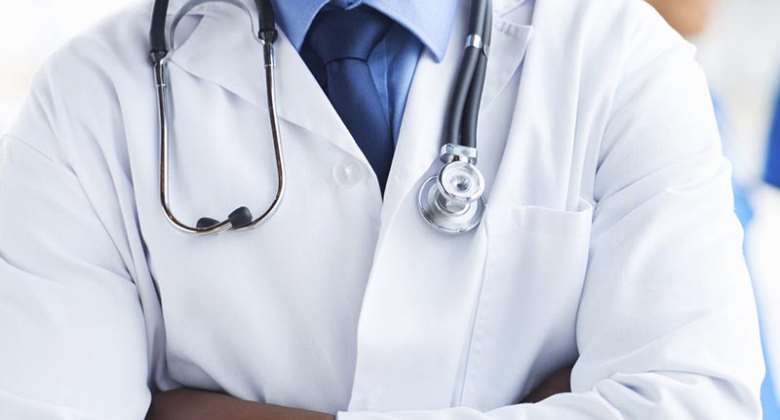 A 46-year-old medical practitioner, Dr Francis Ibrahim-Betonsi, who was wrongfully dismissed in December 2012 and reinstated in 2019 has appealed to the National Labour Commission (NLC) to prevail upon the Ghana Health Service (GHS) to pay him his six years compensation package including Social Security and National Insurance Trust (SSNIT).

Speaking to the media in Bolga on Tuesday, Dr Ibrahim -Betonsi said his wrongful dismissal also affected his promotion placing his colleagues ahead of him.

He also the NLC to help address that problem.

Dr Ibrahim -Betonsi who is currently working with the Bolgatanga Regional hospital said although he was working hard to address the health needs of the patients, he could have done far better if his concerns are addressed.

He lamented that the problem if not addressed would have a dire consequence on his life when he goes on retirement.

“Apart from that I owe a lot of people due to my wrongful dismissal and went into borrowing to survive with my family and as now I am still paying debts”, he lamented.

Dr Ibrahim -Betonsi alleged that his dismissal was orchestrated by some top management at Efia Nkwanta hospital in the Western Region where he demonstrated his hard work and made greater impact.

He indicated that he petitioned the NLC. He noted that the NLC wrote to the GHS to respond to certain queries concerning his dismissal but they declined and proceeded to dismiss him.

Dr. Francis Ibrahim alleged that his superior and immediate boss who was the brain behind the false and malicious accusations of a mental illness that informed his dismissal has never been able to give any tangible reason or justification for his actions.

Dr Ibrahim -Betonsi continued that apart from the torture and the manner in which he was dehumanized by the GHS, he also went through trial and tribulation when he was dismissed for six years without pay and his SSNIT contributions.

He stressed that upon realizing that they had been misled, the GHS reinstated him in 2019 but had not paid his six years compensation and SSNIT contributions.

He noted that apart from that, the GHS did not credit him with his right promotion as he had three promotions withheld in an attempt to punish him prior to his dismissal, stressing “in fact I should have been a medical doctor as 2012 but was credited with that position in 2019.”

He stated the action of his employer was not only against his human rights but was also contrary to the Labour law and stressed the need for the NLC to intervene on his behalf to help him get his compensation, SNNIT contribution and his promotions.