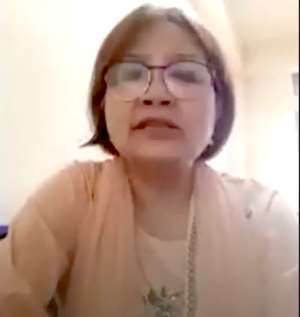 Indian state of Manipur, hard-hit by HIV and hepatitis both, should be providing free screening, diagnosis, and treatment services for hepatitis B and hepatitis C. But despite commendable progress in recent years, acute staff shortage is crippling the programme implementation.

National Viral Hepatitis Control Programme was launched in July 2018 by the Ministry of Health and Family Welfare, Government of India, under the umbrella of National Health Mission, with the aim of providing free screening, testing, diagnosis, and treatment. “We began implementation of this programme in Manipur in July 2019, around World Hepatitis Day observance, with the setting up of two Model Treatment Centres in Imphal - one at Jawahar Lal Nehru Institute of Medical Sciences (JLNIMS), and the other at Regional Institute of Medical Sciences (RIMS)," said Dr Rosie Raj Kumari, State Nodal Officer of the National Viral Hepatitis Control Programme, Manipur. Dr Rosie was speaking with CNS (Citizen News Service) around the 24th International AIDS Conference (AIDS 2022).

There is a hepatitis treatment centre in seven out of 16 districts of Manipur (the remaining nine districts are newly created and yet to have a district hospital). These centres were screening for both, hepatitis B and C, but providing treatment only for hepatitis C. From July 2021, hepatitis B treatment is also being rolled out from two model treatment centres in Imphal, informed Dr Rosie.

Getting confirmatory viral load test for hepatitis continues to be a challenge as it is only available at two model treatment centres in Manipur state's capital city of Imphal. Many people find it difficult to go to Imphal for a range of reasons. More embarrassing is the fact that even though there are TrueNat machines to do viral load tests at the district level, no trained staffs available to manage these machines.

Dr Rosie’s team thought of transporting samples for testing from districts or far flung areas to Imphal-based laboratories but even that is a challenge because of lack of sub-zero temperature refrigeration systems which are required to safely transport these samples.

“Health department is trying to help get us more staff. Once we have dedicated human power to manage TrueNat machines then we will commence with viral load testing at the district level,” confirmed Dr Rosie. “RT-PCR test is also available but since we do not have that big a number of client load for hepatitis-related RT-PCR services, these are limited to the two Model Treatment Centres at RIMS and JLNIMS in Imphal.”

In the absence of essential services at the district or sub-district level, people are forced to try to come to the two model treatment centres in Imphal for hepatitis-related services. Not only the viral load test and treatment for both hepatitis B and C are available there, but a gastroenterologist is also available whose consultation is needed for managing complicated cases.

When the hepatitis programme has full staffing and support, then all hepatitis related services should be made available at the district level which will increase the uptake of the services.

Maximum number of cases of hepatitis B and hepatitis C are among the people who inject drugs. Many a times communities of people who inject drugs are marginalized and face financial constraints. This makes it all the more difficult for them to go to Imphal for tests or for follow up tests, which might require an overnight stay too. Viral load testing and other services must be made available at the district level at least.

“Human power is a big constraint for us. We do not have any logistic officer here for medicines and other things, even then we are handling two types of medicines – one for hepatitis B and another one for hepatitis C, and kits. It is a big challenge for us. At the state level there are only two of us – myself and one assistant. At the district level too, even though we have trained staff – but these are transferrable posts of health department – so some of them have gone for post-graduation and some of them have been transferred to another district. Also we are lacking a data manager and/ or data entry operator who can punch the data,” explained Dr Rosie.

“As far as human power is concerned it is a challenge for us. Recruitment of four more staff is yet to be done since we started the national viral hepatitis control programme in the state. Since ours is not a vertical programme, but a horizontal one, we have to depend on the existing staff. Many of them say that they are overloaded. Since it is a new programme, even though we have trained them, it is very difficult to get even the reports. Our reporting is through a portal” said Dr Rosie. That is why reports on the portal do not reflect the ground reality as reports are often missing.

“Since many of the people who need hepatitis services come from injecting drug users' communities, we are in touch with Manipur State AIDS Control Society, and very soon we will be starting screening of those who come to partner NGOs for HIV targeted interventions” said Dr Rosie.

We have already completed Hepatitis C treatment for over 1000 people, and currently over 600 are on hepatitis B treatment services.

National Viral Hepatitis Control Programme of India has asked for collecting data as per key populations “but we are only able to do this to some extent and not able to collect disaggregated data for all the districts” said Dr Rosie. “It is very important to know more about those who are at high risk of hepatitis, such as those who inject drugs, those with haemophilia, or those who are on dialysis. We need more human power to do this important task.”

For the first time, a sentinel surveillance is being done nation-wide which includes all three: HIV, hepatitis B and hepatitis C. When this baseline data comes in the public domain, it will be known where the infection hotspots are and programmes could also be tailored to be effective for different communities who may be at higher risk.

At the antenatal clinics, all pregnant women are offered hepatitis B screening, as the most common route of hepatitis B transmission is vertical (from pregnant mothers to child during child birth). “Those who are found positive for hepatitis B, are given immunoglobulin. We try to communicate clearly that even though hepatitis B immunoglobulin may not be very important for the mother but birth-dose is very important to prevent transmission of hepatitis B to the new born child, as it reduces the risk of transmission by at least 95%. Childhood is the stage where they are at risk of getting hepatitis B as they fall sick very often and hospital visits are frequent - they might get infected from the hospital also. So safe injection practices and infection control and prevention are of utmost importance,” said Dr Rosie. She is also coordinating with Manipur state’s immunisation officer for more synergies.

Dr Rosie's team is intending to improve coordination with Manipur State AIDS Control Society so that hepatitis-B related screening and other services can be better synergised with existing interventions, such as, prevention of parent to child transmission of HIV. "They already do testing for HIV and other sexually transmitted infections (STIs), so we have requested them to add screening and testing for hepatitis B for all pregnant women." Two medical colleges in Manipur have already begun the implementation.

Appreciating the role of affected communities, Dr Rosie said that Community Network for Empowerment (CONE), YRG CARE and others have been contributing to the cause. “CONE has been motivating and mobilizing communities of people who inject drugs who could be co-infected with hepatitis B or C virus to come forward for screening, testing, diagnosis, and since the medicines were not available for free before the state programme was launched, CONE earlier used to liaise with the pharmaceutical industries and get medicines at subsidized rates for the people in need .”

When COVID-19 lockdown was clamped in India, then people from affected communities helped in reaching out to those on hepatitis treatment and delivering medicines. Nobel-prize winning group, MSF (Medicins Sans Frontieres or Doctors Without Borders) also responded to Dr Rosie’s request to deliver hepatitis medicines in Churachandpur and Tengnoupal districts in these times of crisis, so that the treatment remained uninterrupted. MSF also helped with doing RT-PCR tests for hepatitis for those living in hard to reach areas as RT-PCR machines in model treatment centres were deployed for COVID-19.

"Our main aim is to eliminate viral hepatitis by 2030 and in order to do that we really need to gear up now with help from all the civil society organisations and other stakeholders. Optimal human resource remains a big challenge so we seek help in this regard. Also those who can help us with transportation of samples to Imphal (before the testing begins at the district level) will be an important step forward," said Dr Rosie.

(Shobha Shukla and Bobby Ramakant are editors of CNS (Citizen News Service). Follow them on Twitter @shobha1shukla or @bobbyramakant)