Wounded All Blacks desperate to hit back against Springboks 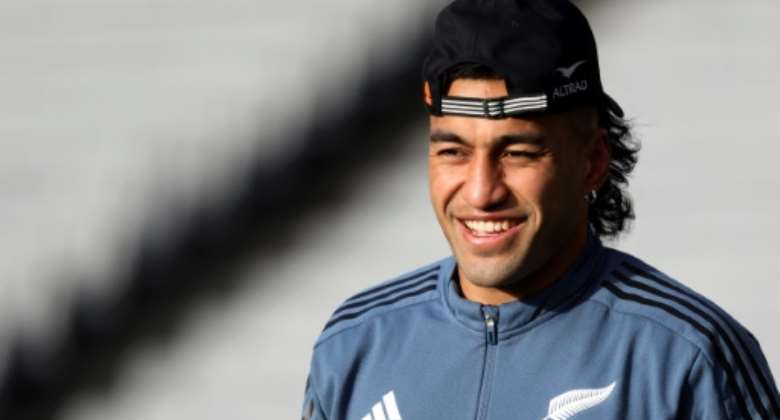 Centre Rieko Ioane says the All Blacks backs need to 'fire' against the Springboks on Saturday. By MICHAEL BRADLEY (AFP/File)

The All Blacks will be desperate to bounce back and prove their critics wrong when they go behind enemy lines to face world champions South Africa on Saturday.

New Zealand clash with the Springboks in Mbombela, then Johannesburg seven days later, in the opening rounds of The Rugby Championship.

The All Blacks have faced a barrage of criticism from pundits and fans in New Zealand since the humbling 2-1 home series defeat to Ireland. They have now lost four of their last five games.

New Zealand's forwards must front up to the notoriously physical Springboks pack, but centre Rieko Ioane said the backs must also assert themselves.

"There's plenty to work on," Ioane told reporters. "We, as backs, need to fire.

"We know that we're coming up against a world-class outfit.

"We need to get better all over the park, whether it's on attack or defence."

He sees the two away Tests against the Springboks as a chance to wipe the slate clean.

"It's a completely different beast that we're facing this week," he added.

"The Irish play how they play and (South) Africa have some similarities, but they're smart footballers."

This will be New Zealand's first match in South Africa for four years and comes with the All Blacks under enormous pressure after only one win in their last five Tests.

Head coach Ian Foster has had to endure calls to stand aside, with Canterbury Crusaders' highly successful boss Scott Robertson waiting in the wings having already declared his interest.

The All Blacks have lost four of their last five Tests under head coach Ian Foster. By Dave Lintott (AFP/File)

Scrum-half Aaron Smith said the blunt criticism of both Foster and All Blacks captain Sam Cane has been "hurtful".

"It's actually quite ridiculous how ruthless it's been and I feel for them," he said before the squad left for South Africa.

"The noise is the noise. The pressure of wearing the black jersey, or coaching it, is big."

But Smith said the All Blacks have a great chance in South Africa to prove their critics wrong.

"There's nothing better than the challenge of playing South Africa in South Africa, we know what's coming, and it's up to us as players to own our part of it and get our own stuff right," he said.

Veteran lock Sam Whitelock said he has been using his experience of a previous pressure environment to help his team-mates.

"When I first came into the team, we were going into the home Rugby World Cup (of 2011) and there was a lot of external pressure," he said.

"The best advice I got given from the senior players was 'look, don't read into media, don't worry about all those things, just control what you can control'.

"And that's the main thing that I've been trying to tell the boys. It's still true now."

Latest Photo Reports
Catch up with all the political quotes from our politicians.
Advertise here
More from Africa
ModernGhana Links
Blinken says backing for armed groups in DRC must 'cease'
‘Africa will decide its energy future’, Obasanjo, 'We will decide what is best for us'
CAF launches new Super League to boost clubs
TOP STORIES