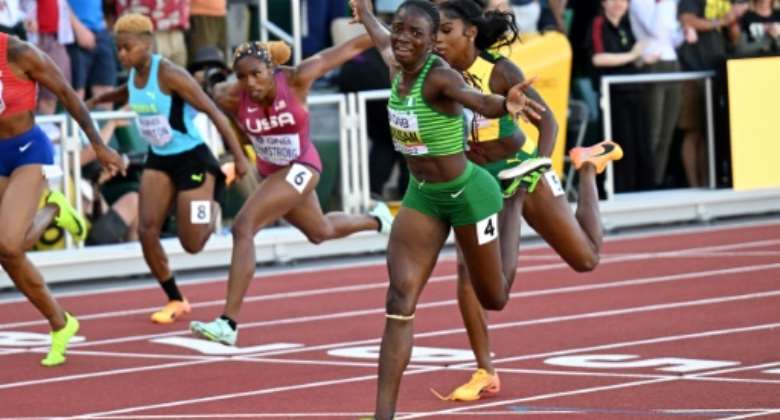 Tobi Amusan became the first Nigerian athlete to win a World Athletics Championship gold as she stormed to victory in the women's 100m hurdles in Oregon on Sunday.

Amusan, who had obliterated the world record in an astonishing semi-final where she clocked 12.12sec, powered over the line at Hayward Field in 12.06sec.

Her winning time will not be recognised as a world record, however, due to a strong following win of 2.5 metres per second.

Amusan had produced a jaw-dropping world record in the semi-finals, smashing the previous best mark of 12.20secs held by Keni Harrison of the United States since 2016.

Harrison had been left in Amusan's slipstream in the semi, and was again shown a clean pair of heels by the Nigerian in the final.

Amusan got off to a scorching start and was smoothly into her stride after the first hurdle, building a clear lead and then pulling away ahead of Anderson and the fast-closing Camacho-Quinn.