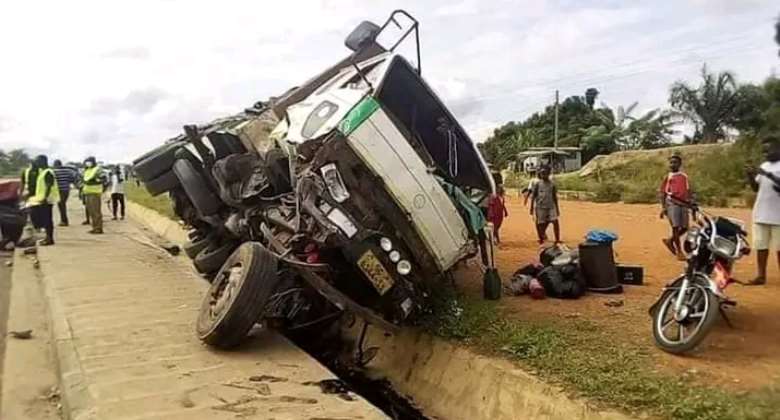 Statistics from the Volta regional branch of the National Road Safety Authority (NRSA) reveal that the region has recorded 193 cases of road crashes from January to June 2022.

According to the statistics, 318 vehicles were involved in road accidents from January to June with 48 lives lost.

Some 133 persons sustained various degrees of injuries and in the same period.

It added that a total of 46 pedestrians were knocked down.

A comparison with the data for January to June 2021 shows a general reduction in all cases.

In the 193 crashes from January to June 2022, monthly records in the region show that in March, the region recorded the highest cases of crashes with 41 cases followed by April with 37 cases and June with 33 cases.

A total of 48 lives were lost in the first half of the year 2022 with March recording the highest number of fatalities with 16; February recording 10 whilst May recorded the least with three fatalities.

In the divisional distribution of road traffic case situations in the region, the Ho Division recorded the highest number of cases within the region with 112 crashes, 187 vehicles involved in the crashes, 18 persons killed with 58 persons injured and 18 pedestrians knockdown.

Hohoe division, Kpando division and Ketu divisions recorded 7 cases each in the first half of the year which is the least.

Hohoe division recorded no fatality in the first half of the year.

What again do you have for Ghanaians besides economic theori...
35 minutes ago