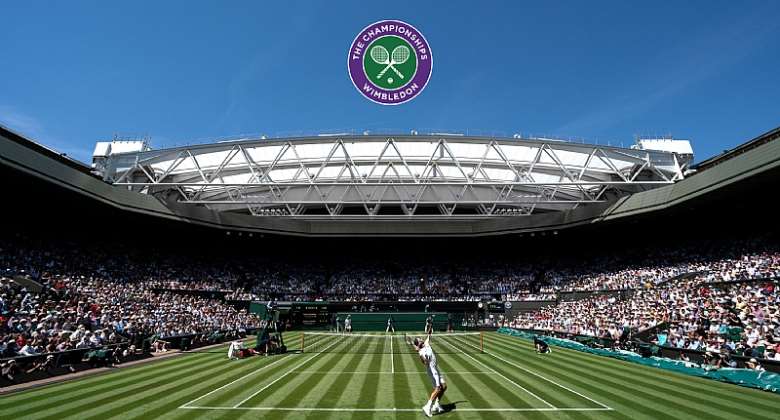 “Tennis is not just a contest between the players. It is also a beauty tournament between wags opposite, to see which one is more stunning, gorgeous and romantic enough to carry the day.”

I did not know there was such a word as "wags" until l became a dyed in the wool football fan. l first came across the word when a photo of a bevy of ladies gazed at me with salacious eyes from a magazine ostensibly dedicated for wags. That's when l looked for the meaning of the word in my student's dictionary.

But that was several years ago. Since then, no other word has tickled my imagination and courted my indignation at the same time as the noun "wags." Whether it is used in the singular or plural, the effect is always pronounced and profound. Some words are like that.

The term is mostly associated with quixotic photos of girlfriends, wives and official whores of sports stars usually clad in fanciful dresses mingling in parties or having fun somewhere surrounded by the allure of riches, the scent of beauty, gossip and fame. From a distance, wagdom appears to be a lucrative business and a powerful attraction for young girls longing for fame, riches and romantic idealism. A wag qualifies to join the fanciful network of wags led by more senior and prosperous wags.

What would you do if your daughter accosts you and says "Daddy, I want to become a wag when I grow up?” Would you congratulate her for being so sensible, or would you cast the demon out of her immediately and refer her to the local priest for further analysis? And what if she has the endowment of curves and beauty to match her dream?

Behind the fame, beauty, power, riches and fashionable associations the word evokes, it is also saddled with intrigue, high life, sex, drugs, betrayals, rape and many other sexual misdemeanors uncommon to ordinary women from the lower levels of society.

Imagine watching a game of tennis at Wimbledon and the cameras keep luring you, drawing you, forcing you, harassing you, tempting you and enticing you again and again to look at the changing pose, expensive necklace, fanciful dress or the facial expressions of a player's wag sitting in the front row watching her lover win or lose with glistening eyes?

For tennis wags, such moments are special. Unlike the wags of footballers who only come into the spotlight during bikini vacations at beaches across Asia and Europe after the football season is over, wags of tennis stars share the spotlight with their lovers at Center Court.

Thus, knowing that they would share the spotlight with the tennis ball, and that the eyes of the world would pry into their privacy to examine and weigh the frontiers of their beauty and personal charm, and to accept or reject their qualifications to occupy such a place of honor, they take lessons in body language aptitude to perfect their public relations.

And Wimbledon has done justice to the wags of the stars, whether in defeat or in victory. They posed on their seats with majesty as the cameras closed in on every sigh, every frown, every protest, every tension, every disappointment in defeat, or hugs and smiles in victory.

Some pretty wags were on display too, to inspire the eyes, strengthen the heart and boost the sport! The tennis radical, Nich Kirgios paraded one of the most astonishing wags. Her beauty is in her simplicity, and the sly innocence that follows her every sigh or curious frown! How such an earthquake of a character could attract this angel is unbelievable.

The American player Fritz also has a wag to remember. She is a real natural beauty, and it is such a shame she missed her place of exhibition at the finals after the defeat by Nadal in the quarter finals. There was another black American, Tiafo I suppose. He also paraded a black beauty whose eyes glittered like shiny bronze each time he scored a point.

Nadal and Novak were the biggest names in the tournament, but their wags were not as striking as the younger generation of wags. They were not as exciting and as loud as the others too. But they have seen it all before (many times before) and have probably relinquished the vogue to the younger generation of wags to carry the sport into the future. And that’s just how it got to be!

Wimbledon 22 is now history, but the new generation of stunning wags will keep us all mulling and waiting for the next tournament!

Greedy and selfish appointees sending NPP into opposition — ...
21 minutes ago