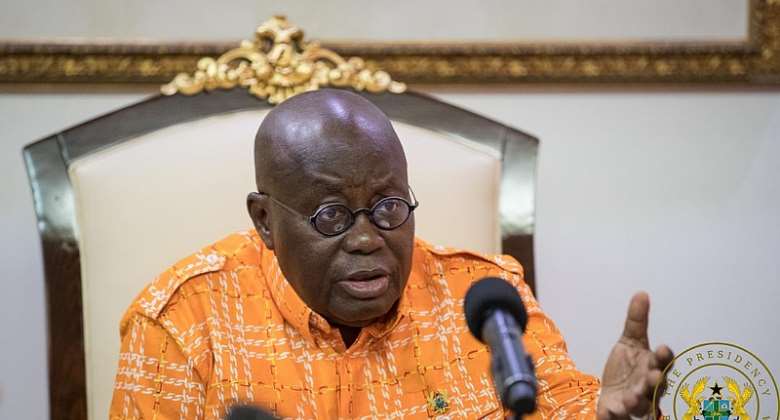 On the 11th of June, 2022, Ghana had another historic opportunity to witness the reopening of the Ghana Museum which is one of the landmark tourist attractions situated in Ghana.

The facility located on the premises of the Ghana Museums and Monuments Board (GMMB) in Adabraka under the Korle Klottey Municipal Assembly in the Greater Accra Region had not been in operations since it was closed down to refurbishment since 2015, saw its reopening after thorough work had been done to ensure that, it meets the relevant standard appreciable enough to contribute to the revenue generation policy of the tourism industry in Ghana.

Historically, the facility is the largest and oldest of six museums under the administration of GMMB which was opened on 5th March, 1957 as part of Ghana’s Independence celebrations. The official opening was conducted by the Duchess of Kent, Princess Marina. A.W. Lawrence served as its first Director.

The facility has some objects of archeology, ethnography and fine arts. Some archeological objects range from the Stone Age period to recent historical past. Some ethnography gallery present includes Chef’s regalia, indigenous Ghanaian musical instruments, gold weights, beads, traditional textiles, stools and pottery. In addition to this, the facility harbors objects from other African countries which were acquired through the exchange, some of which are the Senufo masks from Ivory Coast, Zulu wooden figures and bead-ware from Southern Africa, Ancient Ife bronze and Bushongo carvings from Nigeria and Congo respectively.

The President, His Excellency Nana Akufo-Addo in his speech appreciated the efforts of Hon. Mohammed Awal, the Minister of Tourism, Arts and Culture in ensuring the refurbishment project was completed, he stressed on the need to equally renovate other tourist sites which had striking historical antecedents but have been left to its deteriorating nature. The President alluded to the fact that, tourism is the third highest contributor to the country’s GDP which generates revenue into the country’s treasury and thus, it’s important to protect the numerous tourists sites in Ghana, encourage the growth of the tourism industry in order to attract once again tourists from all walks of life especially from the diaspora; an action which has been suspended due to the raging effects of the global pandemic and its consequential impositions and restrictions such as the ban on public gatherings and the closure of borders affecting travels both by air and by land.

His Excellency, the President of the Republic additionally indicated government’s commitment to revive the tourism industry in Ghana by announcing an amount of 10million dollars to renovate the Kwame Nkrumah Memorial Park, the Cape Coast Castle, Manhyia Palace Museum and many others. He further added that, part of the money will be used to also construct new tourists’ sites.

The President further announced the need for the industry to leverage on digitalization for growth. Infact, this came to us as a very good news especially considering the fact that, the mission of Switch Up Ghana focuses on digitalizing the tourism industry and making it accessible to every tourist and potential tourist to have every forehand and foresight information about Ghana and our tourism, arts and culture sector. The ideal reason we applaud the President is that, based on his speech, we believe that, the Switch Up Ghana Experience is on the right tangent to making Ghana a prosperous country from what God has blessed us with.

Additionally, five ultra-modern amphitheatres in some selected regions in the country are being built this year with additional five to be constructed in the next year. The Ministry of Tourism, Arts and Culture was charged by the President to ensure that, together with its agencies, it should ensure to work towards attracting two million tourists into the country by 2024, of which the President believes, this could generate an amount close to $4million and also create some 150,000 jobs to curb the ravaging unemployment situation in the country.

We are utterly grateful to His Excellency the President of the Republic and government, for reopening the National Museum and the plan to renovate close to 60% of heritage sites which are in various states of dilapidation. It is also important that we also, appreciate the efforts of the erstwhile Mahama-led administration for the vision to renovate the National Museum which begun in 2015.

It is our expectation that the promises government have made to the industry will be fulfilled. We at Switch Up Ghana believe that it is time that, policymakers turn to the tourism, arts and culture industry for economic growth, especially at this time where global economic indicators are failing to meet its expectation due to the effect of the pandemic and the Russian-Ukraine war. This is the time where economies must begin a discussion on how to internalize revenue generation, it is that time where we must focus not only on taxes to raise revenue but also focus on production. Reviving the tourism industry means the country is being exposed to a potential economic growth which emanates from internal structures; this means, every income generated will remain within the economy.

Switch Up Ghana, we would also like to call on the Ministry of Tourism, Arts and Culture to be judicious in its spending and ensure that, every loophole of corruption is sealed in order to ensure the efficient use of allocated resources which can be accounted for. In so doing, we as a country can make available the trust for investors to invest in the industry to warrant growth.

Finally, we would like to call on other stakeholders such as the private sector, industry players, corporate bodies, civil society organizations, and probably the international community and individual investors to believe and support the revival of the tourism, arts and culture industry. Ghana is blessed with lots of historical heritages and such heritage and tourist sites give the opportunity to protect such history.

Akufo-Addo angry, dissatisfied over slow pace of work on Bol...
36 minutes ago