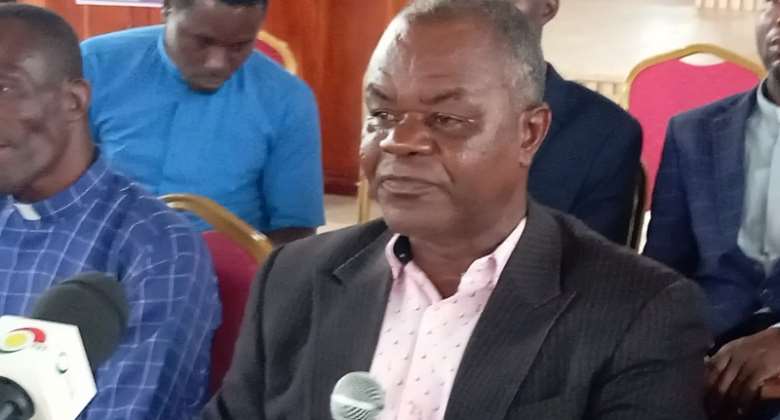 Leadership of the Local Council of Churches at Nkoranza in the Bono East Region are calling for an independent enquiry into the recent killings at Nkoranza.

Their demands, among others, are for the Inspector General of Police (IGP) to immediately suspend the Bono East Regional Police Commander, the Nkoranza Divisional and Municipal police commanders over the recent killing of some youth in the area.

Reverend Andrews Osei Takyi, Chairman of the Local Council of Churches in, told the press the independent probe “will give a fair idea of what happened since the police are involved or are in the centre of the whole episode.”

The council also called for police to release the body of Albert Donkor to his family.

“This could go a long way to satisfy our curiosity and calm down the tempers of the community at large,” Rev. Takyi said.

The youth of the area had alleged that Albert Donkor was killed by some police officers who picked him from his home into a private vehicle after the deceased raised alarm that he had seen an officer involved in a robbery operation.

However, the Police Service insists that the deceased was rather an armed robbery suspect who was killed in an anti-robbery operation.

Residents of Nkoranza believe Albert may have been targeted after chancing on a robbery scene involving some police officers .