Female pastor, another in court over visa fraud 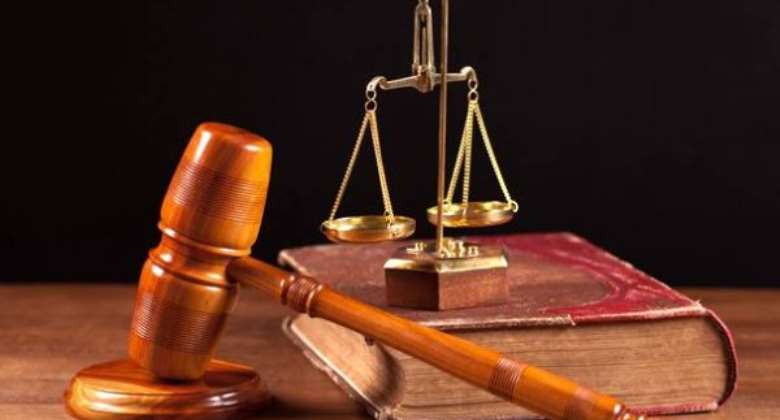 A lady Pastor and a trader have been put before an Accra Circuit Court for allegedly defrauding two hairstylists of GHC 33,000.00.

Vivian Norman, the Pastor and Isaac Asare, a trader, are alleged to have collected the money to aid them obtain Albanian visas for the two hairstylists so they could travel to any of the European Countries for greener pastures but failed.

Asare has been charged with two counts of defrauding by false pretenses.

Vivian is facing a charge of abetment of crime.

They have pleaded not guilty to the charges and are on GHC30,000 bail with two sureties to be justified.

They are expected to reappear on August 2 before the court presided over by Mrs Afia Owusua Appiah.

The prosecution said Asare resided at Ablekuma and Vivian lived at Oyarifa.

It said in June 2021, the complainants wanted to travel to any of the European countries in search of greener pastures.

The prosecution said the complainants approached Vivian who was their pastor and she informed them that she knew Asare as someone who assisted prospective travelers to travel abroad.

It said Vivian then introduced Asare to the complainants and he assured them of securing Albanian visas at a cost of GHC50,000 per applicant.

The prosecution said the accused persons convinced the complainants to make payment for processing of their visas, which would be ready in a month.

It said Asare collected GHC22,800 and GHC10,200 from Esinam and Celestine respectively.

It said Asare, after collecting the money failed to secure the visa and went into hiding.

On December 16, 2021, the accused persons met the complainants at the church premises and the two accused persons had a written undertaking that their visas would be ready in a month.

But the accused persons could not fulfil their promise and on February 7, this year, a report was made at the Regional Criminal Investigations, Accra.

The prosecution said Asare was involved in a similar matter and was remanded at the Accra Central Police Station where he was identified by the complainants.

When Asare was nabbed, he mentioned one Isaac Asante as his accomplice.

Vivian was lured and nabbed by the Police.

The prosecution said efforts were being made to arrest the said Asante.