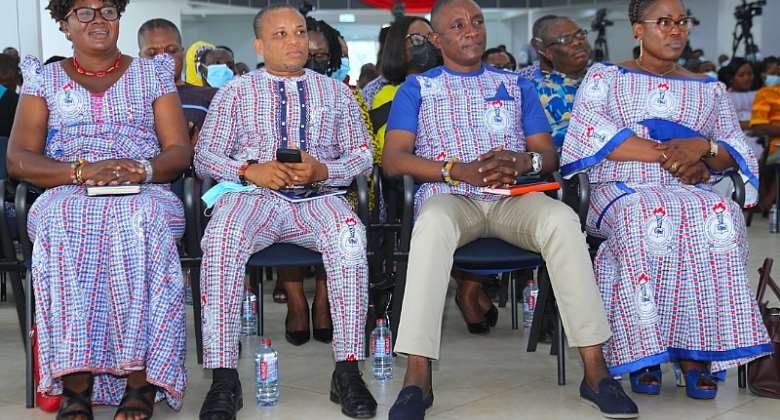 Rev. Isaac Owusu, the President of the Ghana National Association of Teachers (GNAT), has stressed that the association is going by its June 30 deadline for Cost of Living Allowances (COLA) to be paid to workers.

He said this while speaking at the GNAT Investment Forum held at the University of Ghana on Wednesday, June 29.

“Lovely citizens of our country, we are still standing by our demand that the deadline that we have given, June 30 ending, today is 29, we cannot fail our members,” he said.

The General Secretary of GNAT, Thomas Musah, for his part said the general income situation of all workers in the country should be looked at.

He indicated that most workers earn a low basic salary which eventually affects the quantum of the pension benefits they are given when they retire.

Mr. Musah said “It has become very necessary that the issues of income in this country should be looked at. We cannot run away from it with the issue of the basic salary.

“That is why we are organizing this forum to look at, what can be done to ensure that when workers are retiring they go better.

“There is one thing that we have been asking over the years, at least, if for nothing at all, when the worker is retiring he should be able to afros a two-bedroom house.”

Speaking at the same event, the Director-General of the Social Security and National Insurance Trust (SSNIT), Dr. John Ofori-Tenkorang said the scheme is the best pension scheme workers can get anywhere.

He explained that the management of SSNIT has been carrying out indexation to meet the rising rate of inflation. This, he said, is part of the reasons the scheme is best for workers.

“SSNIT undertakes indexation every year and the indexation matches inflation. SSNIT is aware of that and so we compensate for inflation.

“I will urge people not to throw the baby out with the bad water. The narrative is that SSNIT is not good, people connived with their employers not to pay their SSNIT, and the SSNIT scheme is the best that you can ever get anywhere else as far as pensions are concerned, if you don’t join to contribute you are harming yourself,” he added.

He further indicated that management is going to roll out a programme to educate the public on the need to join SSNIT.

“We are going to roll out programme to get people to come and join SSNIT because it is the best thing they can do for themselves,” he emphasised.

Ghanaians must be involved in the process of negotiations wi...
14 minutes ago