Kufuor has not endorsed Bawumia for flagbearer — Spokesperson 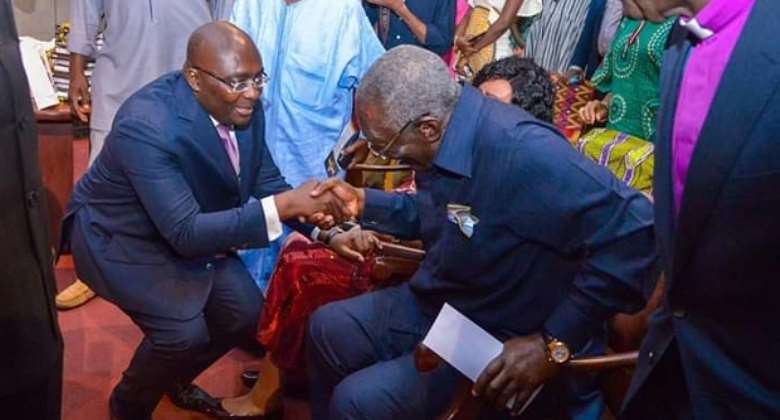 The office of the former president has refuted the recent media reportage that ex-President John Agyekum Kufour has endorsed Vice President Dr. Mahamudu Bawumia's presidential ambition with his "you are a true son" comment.

A press statement signed by Dr. Kwabena Osei-Adubofour, the Senior Spokesman for former President Kufuor, issued on Wednesday, June 22, 2022, emphasized that the comment has been misinterpreted by a section of the media.

The spokesperson indicated that former President and the Vice President were both guests of honour at a Father's Day soiree organised by Peduase Valley Resort and Hotel last Sunday June 19 at the hotel premises.

The statement added that the MC for occasion Kwame Sefa Kayi stated that when the Vice President was invited the day before, he was on an assignment in the North and appeared unable to be present.

According to the statement, Kwame Sefa Kayi said when Dr. Bawumia was told that former President Kufuor would also be in attendance, he (Bawumia) said "if it is Kufuor, then I will surely come."

It was reported few days ago by most media outlets that Mr. Kufuor had endorsed Dr. Bawumia at a recent event held at Peduase Resort and Hotel at Aburi.

'You are a true son' comment according to the Spokesperson was misconstrued as an endorsement of Bawumia's candidature by the former President.