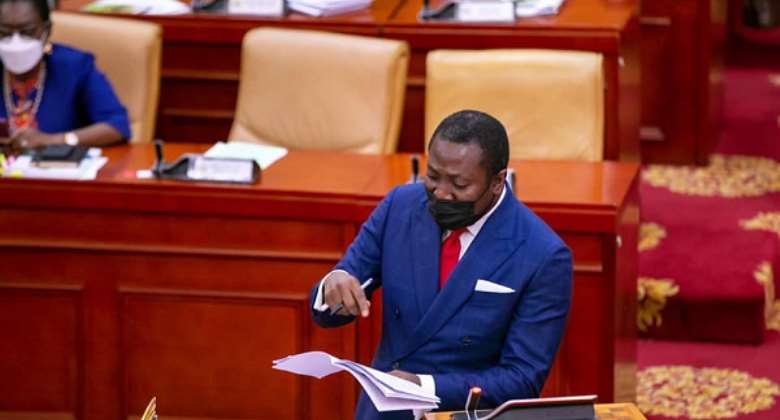 The Deputy Majority Leader Alexander Afenyo Markin said it will be disingenuous on the part of the members of Minority to make needless bustle after dragging the Finance Minister Ken Ofori Atta to account for the covid-19 expenditure.

The Effutu lawmaker noted that the Finance Minister’s account of the Covid-19 funds is the fact.

According to him, there is no need to set up a committee to carry out an inquiry.

“We are here to receive the facts and when the facts are given to us we should be fair and acknowledge it,” the Effutu MP indicated.

The Member of Parliament (MP) for Okaikwei Central, Patrick Yaw Boamah has shared similar opinion that setting up a committee to probe the Covid-19 expenditure of the government after the Finance Minister’s account to Parliament will just be a waste of time.

After listening to the Finance Minister who stressed that interventions introduced by the government were bold, decisive, and compassionate, the Minority accused him of inconsistencies while bemoaning what they described as too many discrepancies.

Passing his comments after listening to the Minister, Haruna Iddrisu told Speaker Alban Bagbin that the discrepancies in the account of the sector minister need to be probed further.

He said to get to the bottom of the matter, a public inquiry into Covid expenditure beyond the headline numbers of the Minister of Finance should be constituted.

“Mr. Speaker I’m also holding with me here message on the State of the Nation by HE Nana Addo Dankwa Akufo-Addo presented to this August house Wednesday 30th March 2022at Parliament House and Mr. Speaker I refer you to page and I quote ‘In all data from the Ministry of Finance tells us that and amount of GHS17.7 billion or 4.6% of GDP has been spent in containing the pandemic since 2020’. Then the Minister of Finance GHS12 billion. Who should we believe? The President of the Minister?

“So Mr. Speaker, for us, a probe and an open public inquiry into Covid expenditure beyond the headline numbers of the Minister of Finance is inevitable and an imperative. We are not looking for headline figures. I spent 12 billion, 12 billion on what? We need the expenditure returns and expenditure details of every amount,” Hon. Haruna Iddrisu stressed.

Reacting to the calls for the setting up of the committee, MP Patrick Yaw Boamah noted that it is misplaced.

“It is an afterthought, it will be waste of time because the Minister has given the breakdown,” the Okaikwei Central shared.