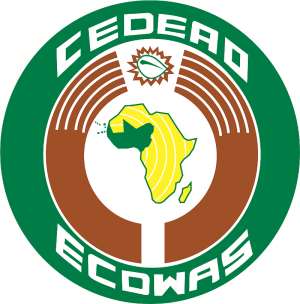 The ECOWAS Commission through one of its training institutes known as Ecole du Service de Santé des Armées de Lomé (ESSAL), is currenting conducting a two-week training on the management of psychotrauma and psychiatric emergencies in the context of armed conflict.

The training which commenced on the 31st of May and ends on the 10th of June 2022, is formulated to train personnel on strategies to deal with psychological injuries and well coded interventions in the immediate and post immediate period. These interventions help to reduce psychological distress, prevent the development of severe disabling psychopathologies such as post-traumatic stress disorder (PSTD) and treat acute and urgent psychiatric conditions. The training is intended to strengthen and build the capacity of the ECOWAS Standby Force to respond to such medical emergencies in complex and high-risk environments in which they may find themselves. The workshop is particularly for civilian, police and military medical personnel from ECOWAS Member States.

In his welcome remarks, Lieutenant Colonel Agba Komi, The Director of ESSAL, provided a brief background of the center, indicating their structure, roles, and responsibilities. He further highlighted the importance of the seminar which is meant to enhance the knowledge of participants and to enable them to be deployed in high-risk environments. He thanked the ECOWAS Commission for facilitating this essential course and for their continuous partnership. He also extended his gratitude to the ECOWAS Peace and Security Architecture and Operations Support Project (EPSAO) project for funding the training.

The German Ambassador in his opening speech, reiterated the commitment of Germany in providing support to ECOWAS to promote and maintain peace in the region, stating, “As a key partner of ECOWAS since 2008, Germany has consistently supported several initiatives and projects aimed at strengthening ECOWAS mechanisms dedicated to the promotion and maintenance of peace and stability. These projects include the EPSAO project among several others”.

He thanked ESSAL and all partners for their commitment throughout this training and for making mental health an essential component of conflict management and resolution in the West African space. He added that personnel to be deployed in peace support operations needs such vital training considering the high stressful environments they often find themselves in.

Also speaking during the opening event, Colonel Major Ollo Alain Pale, the head of the ECOWAS Peace Support Operation Division (PSOD), on behalf of the Director for Peacekeeping and Regional Security congratulated all participants on this important training. He noted that this effort is a concrete demonstration of the willingness by all partners to strengthen cooperation and coordination in peace and security with the Economic Community of West African States. He added that the workshop is especially intended to strengthen the level of knowledge of participants with a view to increase their skills in the field and to respond to traumatic and stressful situations. He thanked GIZ – EPSAO for their support in making this training a success.

This training was organized with the financial support of the European Union (EU) and the German Federal Ministry for Economic Cooperation and Development (BMZ), through the GIZ-ECOWAS Peace and Security Architecture and Operations (EPSAO) project.