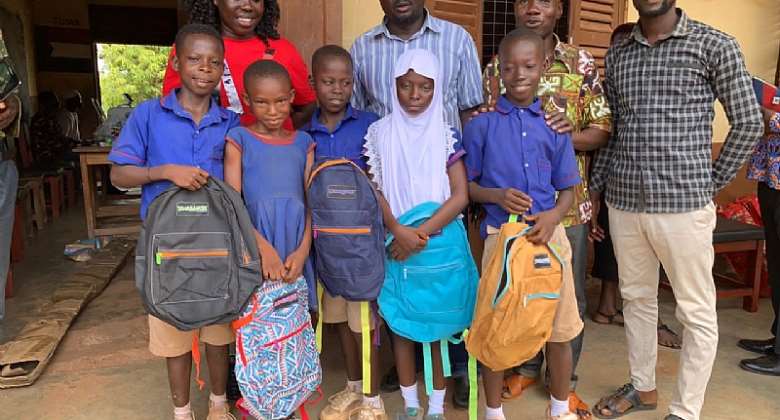 A young Ghanaian teacher, Madina Adutwumwaa Asare, popularly known as Teacher Ewuraama with the support of Amansie South residents living abroad has donated 17 computers and learning materials to the Nyankomase T.I Ahmadiyya Basic school in the Amansie South District of the Ashanti Region after the school was raised down by fire.

Reports stated that armed robbers allegedly broke into the office of the school, school the computers and burnt the office.

The headmaster of T. I Ahmadiyya Basic school narrating the incident said when he returned to the school on Monday, March 21, 2022, at 6:45 am, the students reported that the office was burnt due to electrical faults.

As an electrician himself, he said he rushed to the office to trace the electrical fault but found none.

The laptops, computers, printers, photocopy machines, and others he noted, were not found.

Madina Adutwumwaa championed efforts to put the school back in shape with the requisite renovation and the replacement of the lost items with the support of some Amansie South residents living abroad.

All the efforts were engineered by the father of Teacher Ewuraama who doubles as the financial secretary of the Amansie South citizens abroad.