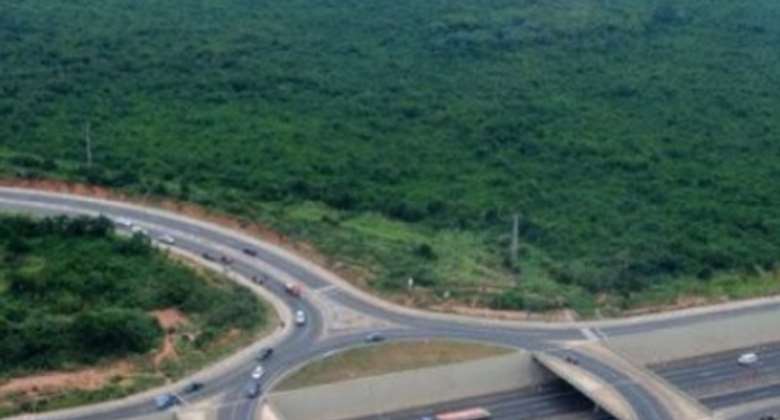 For well over two weeks now, the conversation around the Achimota Forest saga is refusing to give space for other equally controversial subjects like the diplomatic blunder the IGP has brought upon Ghana and others to also fester. The very recent on the Achimota forest saga is an article authored by the daughter of Dr K.A Busia, Nana Frema Busia, in which she among others, called for the dismissal of Hon Abu Jinapor, Minister for Lands and Natural Resources. That call isn’t my interest because if you ask me, I will call it “a dog bite dog” episode. However, my interest is on a reply to that article by one faceless coward who was born and brought up in a very closed cubicle, where nothing of common sense was served aside tribalism, ethnocentrism, extreme bigotry and hate for Northerners/Gonjas for no apparent reason.

This faceless coward who called him/her(self) as “Take or Pay Demons”, captioned his response to the article published on Ghanaweb as “Criminality is in the Gonja Blood”. The content therein, which is attached to this post, sought to attack Gonjas right from former President Mahama through to Samuel Abu Jinapor and others. The stereotype and bigotry as expressed by the faceless coward is indeed a reflection of the feeling of many others like him, which are mostly practiced and expressed in schools, work places, in other organizations and even in religious circles. This is indeed pathetic.

In view of this recent unprovoked outburst by this son/daughter of a bigot, what he/she failed to realize is that, if you scale down on the issues which he/she raised and attached Gonjas to same, the other side (non-Gonjas) therein share more than 90% of the blame.

Need I remind that son/daughter of a shameless bigot that Sir John, whose WILL has exposed the full length of the dead frog is not a Gonja. And maybe that coward need to be told that Sir John was alleged to have acquired all that questionable properties between 2017 and 2020, a time which he served as the CEO of the forestry commission, under Nana Akufo-Addo as President. Which of these names is a Gonja? Is it Sir John, Nana Addo or Peter Amewu?

Given the historical antecedents of this questionable gift of part of the Achimota forest to some supposed Owoo family, President Kuffour happened to have initiated the process. It came up under President Mills with Hon Mike Hammar as the Minister of Lands. Then, under President Mahama in 2013 with Hon Inusah as the minister of Lands. Finally, under Nana Addo, quite a different arrangement has surfaced dubbed “declassification”, based on which, about 361.5 acres of the forest has been released. In the midst of the pull and push, the WILL of Sir John surfaced with portions of the forest willed to his family members, an issue which has outraged the Ghanaian populace and triggered this fresh conversation. Although Hon Abu Jinapor tried to cover up the complicity of Akuffo and his government, the act does not still call for any sane person to label all Gonjas as criminals.

So, with these developments, what is the crime of Gonjas? Spanning from Kuffour’s regime through to Akuffo-Addo’s, only John Mahama and Abu Jinapor happen to be Gonjas whose names have come up. Assuming without admitting that all the persons who might have supervised the processes from President Kuffour right to Nana Addo, are guilty of any crime in respect of the Achimota forest then, Gonjas would have been only two persons amongst the many Akan names including Sir John, Nana Addo, President Kuffour, Mike Hammar and others. Why then has the faceless coward sought to paint two Gonjas as criminals as against about 5 or more so Akans and other tribes?

On the other issues that coward raised in his tribalistic response to Frema Busia’s article, I found them laughable. If we were to discuss the full scale of thievery and corruption in this country since the first republic to today, Gonjas won’t even get close to be labeled criminals. On the particular issue of Ibrahim Mahama acquiring the bauxite concession, it was due to the due process being followed, which was why the issue came up for discussion. There was absolutely nothing of thievery or corruption therein in that acquisition. Today, can we say same of the Agyapa deal? Who and who are behind the Agyapa deal? Are they Gonjas?

We were in this country when the fight against galamsey became the breeding grounds for questionable wealth creation and stealing of our natural resources. In a tape, we heard names like Ekow Ewusi, John Boadu, Chairman Wontumi, Frimpong Boateng Jnr among others. In fact, about 500 confiscated excavators mysteriously got missing under the watch of Prof Frimpong Boateng. Does any of the above names sound like a Gonja name?

We were in this country under President Kuffour when state lands including the Aviation lands were sold to party cronies and some influential Ghanaians. Flipping through the several pages of that list, I didn’t find the name of a single Gonja. Sadly, President Kuffour who supervised the sale as a President is not a Gonja but has not also been labeled a criminal in the same context that the coward labeled John Mahama.

President John Mahama has left office for almost 6 years now. All the allegations of his acquired assets in Dubai, Japan, Brazil, USA are yet to be proven and the alleged properties confiscated using the appropriate channels and laws. In the case of Akuffo Addo, the issues are so conspicuous that one doesn’t need any forensic audit to catch the thieves, yet, Mahama and his tribe, Gonja, are qualified to be labeled criminals and Akuffo Addo, a saint?

Well, this is a wake up call to the Gonjas who take pleasure in attacking and insulting President Mahama including Hon Abu Jinapor, the man in the middle of this saga. Today, when they are searching for “criminals” to hang with you, Mr Abu Jinapor, they didn’t add Gabby Otchere Darko, they didn’t add Ken Ofori Attah, neither did they add President Akuffo Addo, but they conveniently got John Mahama and your senior brother, Hon John Jinapor to add to you. If this does not tell you a story then, I’m yet to see when the story would be told. Today, your own people have bundled you with President Mahama that you sought to pull into this Achimota forest nonsense, as criminals. They didn’t care about your political differences and that you were doing all that in defense of Akuffo-Addo. The only thing they use to qualify you and others as criminals is your identity as a Gonja. Shine your eyes Mr Minister of Lands.

To that tribal bigot and many others who think like him/her, criminality knows no tribe. If he wants to know Gonjas well, he should be looking for us in the chambers of beautiful women and not in police cells. Gonjas are not thieves, we are are proud in our poverty, and that is why we won’t take any nonsense from any empty dead-heads like the one under this discussion.