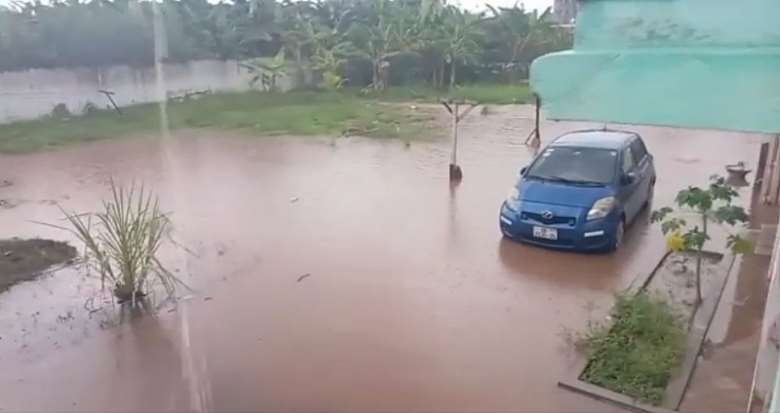 This comes a few days after most parts of Accra got flooded after close to a 10-hour downpour on Saturday.

Monday’s torrential rains started at different time intervals in different places in Accra. It began around 10:30 pm around Lapaz and neighbouring towns.

Residents in hard-hit areas such as Adabraka Sahara, had to abandon their homes to seek shelter elsewhere because the floodwaters entered their rooms.

In some parts of the city, trees had fallen off. There is one at the North Industrial area, adjacent to MTN; the Lake Side clinic in North Kansehie, Abelenkpe and around the Rawlings Park area.

Some people took to social media to express their dismay over the flooding in their communities: