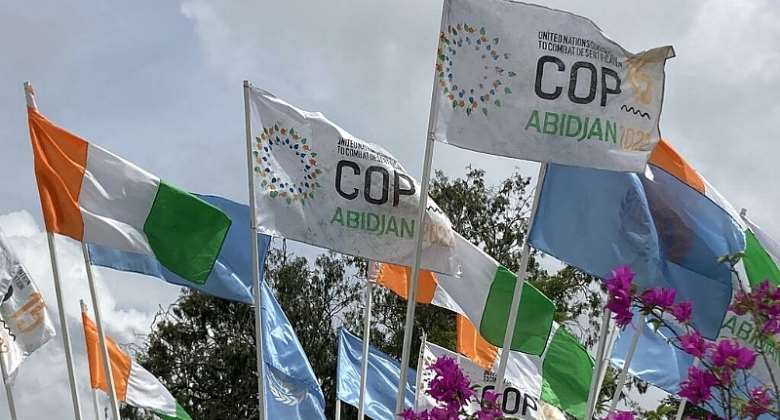 The COP15 summit in Abidjan, Cote d'Ivoire, which was focused on desertification and its impacts, closed with commitments by 196 countries to restore one billion hectares of degraded land between now and 2030. They also agreed to enhance drought preparedness, response and resilience.

COP15 on the Convention to Combat Desertification, which opened on 9 May, is the first of the three Rio Convention meetings to be held in 2022.

Later this year, COP15 on the Convention on Biological Diversity, and the 27th session of the Conference of the Parties on Climate Change (COP27), will be held in Kunming, China and Sharm El-Sheikh, Egypt, respectively.

Over the past 11 days, attendees heard, among other things, that in places where rainfall levels remain the same over the next 10 years, there will be more water evaporation and less water, especially if temperatures keep climbing.

“Even if rainfall stays the same, we're going to have more drought events, because more evaporation will take place, irrigation channels will evaporate more, and plants will use more water. This is a problem,” Robert Stefanski, head of applied climate services division for the World Meteorological Organisation (WMO) told RFI's Jeanne Richard on the sidelines of COP15.

According to the WMO, an assessment carried out in 2014 estimated that exposure to dust particles caused about 400,000 premature deaths by cardiopulmonary disease in adult populations in areas suffering from desertification.

Treating land degradation before it becomes desert, which in turn produces migration and displacement, is another key decision made at the conference.

During the heads of state portion of the conference, Ivorian President Alassane Ouattara launched the Abidjan Legacy Programme, which aims to boost long-term environmental sustainability in Cote d'Ivoire.

The initiative aims restore and repair forests and land to help communities on the front line of climate change.

The programme will need €1.4 billion over the next five years.

Even with these commitments, a  number of groups felt left out, particularly the smaller NGOs and civil society groups who are not part of the policy process.

There were very few civil society groups officially invited to attend COP15, and their absence was obvious.

“These platforms are only for high-level people, and they don't listen to us. I come from a rural area, and even for me to come here, I had to fight, and I came late,” says Mailes Zulu Muke of Save Environment and People Agency, a grassroots NGO in Zambezi, Zambia.

A number of attendees RFI spoke with said that the people on the ground were not acknowledged, or included.

“[At] these high-level conferences here, there are just [academics], and ministers, not people from the ground. Most of the policies without implementation [plans] are just as good as dead,” one attendee said.

"Where's the implementation? We're waiting. The environment is being degraded every day while people keep on talking.”