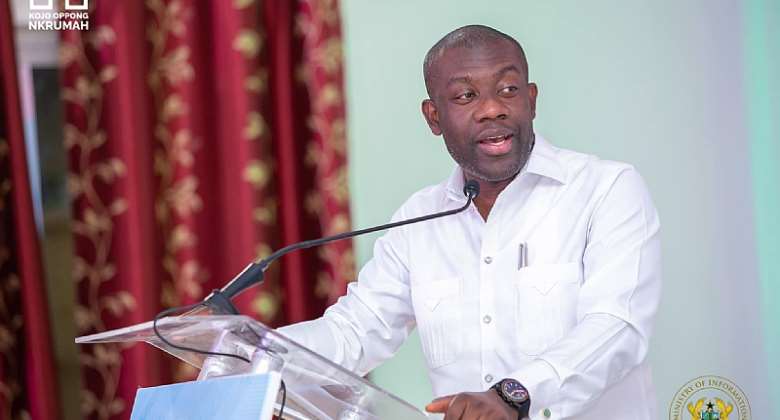 Minister for Information, Kojo Oppong Nkrumah says reports of potential extremist attacks on Ghana are worrying and of great concern.

He is therefore urging citizens to be “more security conscious” as the State works to increase its alertness to identify and tackle any kind of threat.

In a tweet on Saturday, the Ofoase Ayirebi MP always wants the public to immediately report suspicious activities or packages to security agencies.

“Very worrying reports of potential attacks of extremist elements targeted at Ghana. As we heighten the alertness of intelligence and security agencies, all of us need to be more security conscious and be quick to report any suspicious persons or packages to security agencies,” the post reads.

The West Africa Centre for Counter-Extremism in its latest report warned that Ghana is at high risk of terrorist attacks following pockets of civil, political, and social unrest in parts of the West African sub-region including the country’s immediate neighbours.

The report said threats of violent extremism are heavily descending towards coastal states from the Sahel regions and that Ghana may not be spared if vulnerability factors such as chieftaincy and ethnic disputes, land conflicts, marginalization of vulnerable groups, and high youth unemployment are not addressed.

The Ministry of National Security has recently urged Ghanaians to be more vigilant.

It said that extra vigilance was needed at mass gatherings, “especially at public places of entertainment and worship, such as churches and mosques…. Our immediate neighbours, Burkina Faso, la Côte d'Ivoire and Togo have all experienced such attacks, and we have to recognise that our country remains a target as the security services work to keep us all safe,” the ministry said in a statement.

“The employment of guards, security gadgetry and lighting of the areas surrounding the areas of public gatherings would all help, but nothing beats the vigilance of each of us individuals, taking personal responsibility and looking out for each other,” it added.