Ghana may be forced to import at higher prices — Senior Economist 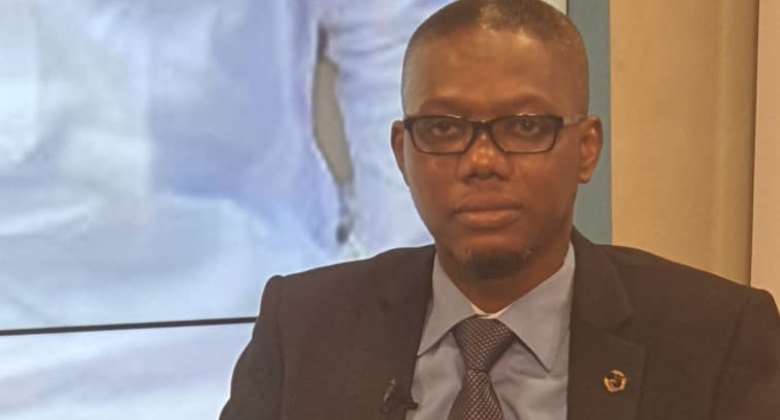 Ghana, a predominantly import led economy would be forced to import its needs at a higher price due to import induced inflation as a result of the continued Russian- Ukraine war, Mr. Habibu Adam, a Senior Economist at the office of the Senior Presidential Advisor has disclosed.

According to him, the supply and cost of fertilizers and other essential inputs may increase substantially because of the global supply challenges which would lead to an upsurge in the cost of production across the globe.

"Russian-Ukraine supply 40% of grains to the world. Most cooking oils also come from that area. My information is that most of the iron rods import into Ghana come from Ukraine. All these will be in either short supply or very expensive to get.

"In addition, since the cheap Russian energy resources (oil and gas) and other supplies from Russia and Ukraine are no longer available, cost of production across the globe has become high and Ghana, an import led economy has been forced to import its needs at a higher price. Hence, the import induced inflation Ghana is experiencing now," he noted.

Mr. Adam revealed this at the Ghana News Agency-Tema Industrial News Hub Boardroom Dialogue platform when he was speaking on the theme; “Effects of Russia and Ukraine war on the global economy: prospects and challenges for Ghana."

The GNA Tema Industrial News Hub Boardroom Dialogue is a media think-tank platform for state and non-state and commercial and business operators to communicate to the world and address global issues.

The Senior Economist indicated that the Covid-19 pandemic had already devastated the world economy especially with developing countries like Ghana, being the most affected.

"Ghana’s economy was already under enormous stress after committing a lot of resources to ensure that lives were saved as promised by the President in one of his famous speeches where he said he will save lives during the Covid-19 pandemic and build the economy later," Mr. Adam explained.

He added that despite the loss of revenue due to shut down of the global supply chain and global trade, the President of Ghana Nana Addo Danquah Akufo-Addo kept schools open, ensured public sector workers did not lose their jobs or suffered salary cuts despite running shifts as well as ensuring that all essential commodities were reasonably available.

He said the situation was further compounded by the expected rise in interest rate by the US Federal Reserve System which will result in capital flights from developing economies like Ghana to US or abroad deepening "our currency depreciation woes. As a result, the cedi depreciated to a record high of almost 17% in the first quarter before recovering some grounds against the major trading currencies."

He emphasized that with the war happening from late February, commodity prices hit record highs with oil alone reaching a 14-year high at US$130 per barrel in March 2022.

This he said has brought about increases in prices of petroleum products at the pump from about GH¢6.00 at the beginning of the year to about GH¢10.00 per litre or GH¢38.047 per gallon in May, 2022.

Mr. Adam emphasised to control the rising inflation, the Bank of Ghana had increased its Monetary Policy Rate from 14.5% since November 2021 to 17% in March 2022, noting that it was the highest since 2018. "US has also increased its interest rate by 1%. The highest in 22years. Several other countries are adjusting their interest rates which will result in higher finance costs leading to higher cost of production. Hence, imported inflation in many parts of the world especially for most of the import-led countries."

He stressed that the current situation is likely to slow down economic activities as banks will lend less, cost of capital will increase leading to lower investments in the country. "Hence, slow down in global GDP growth."