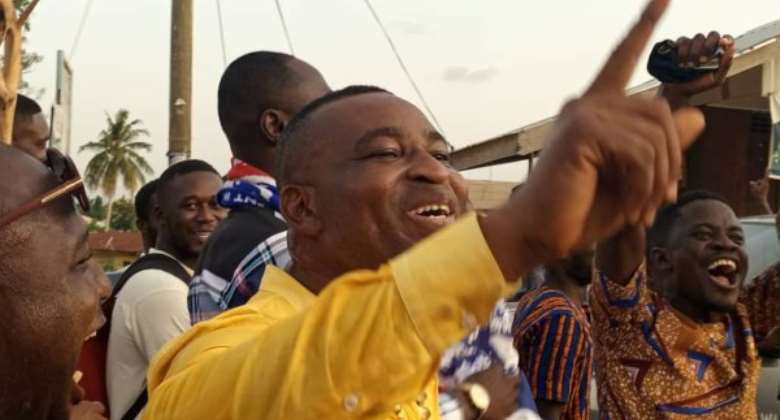 Mr Bernard Antwi-Boasiako, the Ashanti Regional Chairman of the New Patriotic Party (NPP), has implored delegates to maintain the current regional executives ahead of the party's regional elections.

Popularly known as “Chairman Wontumi,” the Regional Chairman said there was no need to change a winning team ahead of a crucial election in 2024.

Addressing the Bosomtwe Constituency executive and party supporters at Kuntanase as part of his campaign tour of the various constituencies, Mr Antwi-Boasiako said the party could not risk experimenting with the leadership of its stronghold as it worked to break the eight-year governance cycle.

He and his current team of executives had been tried and tested, having led the party to win power from the opposition and also retained President Nana Addo Dankwa Akuffo-Addo for a second term, he added.

“This election is not just about becoming a regional executive. It is about leading the party to win a third consecutive term for the first time under the Fourth Republic,” he said.

“When we were in opposition and the National Democratic Congress (NDC) declared their target of securing one million votes in the Ashanti Region, I was the one who stood up against that audacious ambition and made sure it never materialised.”

Chairman Wontumi said the last time the party changed its regional executives ahead of a crucial election was in 2008 when they went to opposition, and admonished the delegates not to repeat that mistake.

The NPP, he noted, could not afford to disappoint Ghanaians by not winning the 2024 elections, saying all the impactful policies implemented by the Government could collapse under another NDC government.

The NPP had proven to be the best party for Ghanaians, he said and urged the delegates to choose the right leaders to ensure continuity of progress and development.

He counseled his supporters to be decorous in their campaign and desist from character assassination and politics of insults, reminding them that the battle was not among members of the party but with the opposition.

“We need unity to break the eight and we cannot take our own party members to the cleaners during this campaign and expect them to join us for the main task ahead.”

Latest Photo Reports
Catch up with all the political quotes from our politicians.
Advertise here
More from NPP News
ModernGhana Links
[Video] NPP can break the 8 with a new face, not Bawumia – Addai-Nimo
NPP elections; I stand tall among the other candidates - Prince Kamal Gumah
Break in communication affected NPP's performance in 2020—National Youth Organiser aspirant
TOP STORIES