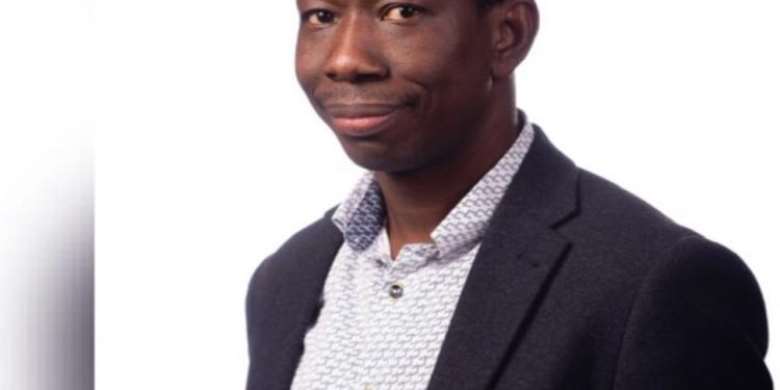 The ultimate goal of a competent and prudent administration of a political party is to make it more attractive and appealing to win political power.

The New Patriotic Party’s (NPP’s) historic victory in the 2016 General Election is often mistakenly attributed to the cryptic effectiveness of John Boadu. This misconception birthed him the unjustifiable accolade, “Adwenk3se3”: the same title which gives him the impetus to circumvent processes and systems to satisfy his parochial interests.

Appraising his own work as a General Secretary on Adom TV’s popular morning show, “Badwam,” on Monday, 9th May, 2022, John Boadu clearly noted that the NPP’s bane over the last few years has not been a lack of material or financial resources, but visionary and innovative administrator. This was the exact inference one made from his futile effort to claim the originality of the electronic forms used for the Electoral Areas Coordinators and Constituency Elections of the NPP recently.

Glorifying himself for the introduction and use of the said forms, JB noted, “It never took my IT guys time and effort to upload the forms. At my instructions the forms were on our site in no time.”

The use of Electronic Electoral Forms (E-Forms) in the internal elections of the NPP became topical issue when the progressive General Secretary Hopeful of the party, Lawyer Justin Frimpong Kodua (JFK), announced that the use of (E-Forms) would be one of his digitization interventions to address the party’s internal electoral challenges. Why would JB wrongly estimate people to yield to his scheme? The “Adwenk3se3” strategy is gradually becoming pointless.

For someone like him who senses unavoidable electoral defeat, it is intelligible for JB to go on the tangent of making wild and incomprehensible claims to ward off his loss. However, as he persistently goes about that, the more exposed he becomes.

For seven years as acting and General Secretary respectively, when did JB ever give a consideration to this forward-looking initiative? Where were his IT specialists during the party’s internal elections ahead of the 2020 General Elections? Suppose he had not been struck by such a result-oriented intervention at that time, if it was anything of his as he claims, why would he conduct and supervise this year’s Polling Stations Elections the same manner as always, and produce even worse results as there are still issues relating to those elections pending before various courts of law across the country? If he had known the way, we would not have recorded the results of the 2020 elections. This is where Uncle Adwenk3se3 gets exposed!

The days of winning elections on frivolous claims and false propaganda belong to the past. Electorates now critique every assertion made by a candidate; they assess evidence of competence; they scrutinize policies, programmes, and interventions of candidates before making an informed choice of who should lead them.

JB has exposed himself to the extent that but for personal reasons and interests, he has no business at the administration of the New Patriotic Party. To oversee all of the party’s internal mishaps all these years and still candidly admit there are resources available to produce desirable effects with goal-driven directives from an innovative leader concludes that Uncle JB, our beloved, has exhausted his competence.

The introduction of the NPP E-Forms was long overdue if anybody in power ever considered such an initiative. The mode of conduct of the Polling Stations Elections and related developments vis-à-vis that of the Electoral Areas Coordinators’ and the Constituencies Elections, proof the difference and the remarkable changes JFK is poised to bring into the administration of our party. A leader “talks” solutions. Justin is in the lead! Frimpong has no match in putting the party together for victory in 2024! Kodua is already calling the shots, he is already in control!

We must not fail to consider that, “Just as a language is never better understood but by its speaker, so is a policy never successfully implemented but by its initiator.”

To think that even as a candidate his unambiguous inventiveness has provided a succour to the incumbent, leaves no query about the fact that Lawyer Justin Frimpong Kodua (JFK) is the square peg for the square hole, the man apt for the position of the General Secretary to the NPP presently. Let us give him the chance to change the game fairly in our common interest. He is already calling the shots ahead of his election.

John Boadu himself agrees without a question to the fact that when the ingenious Lawyer, Justin Frimpong Kodua (JFK), takes his place come July 2022, much more will be accomplished for the party.

Latest Photo Reports
Catch up with all the political quotes from our politicians.
Advertise here
More Article
ModernGhana Links
Open letter to the President for effective and efficient use of private security organizations as an indispensable vehicle for peace, security and stability and generation of more jobs for sustainable national development- fixing the country part eight
Alan Cash deserves the nod
The National Cathedral still qualifies as a state-owned enterprise despite the fact of being registered as a private company
TOP STORIES

Franklin Cudjoe back calls for probe into Covid-19 expenditu...
31 minutes ago

North East: One killed in clash between two communities
31 minutes ago