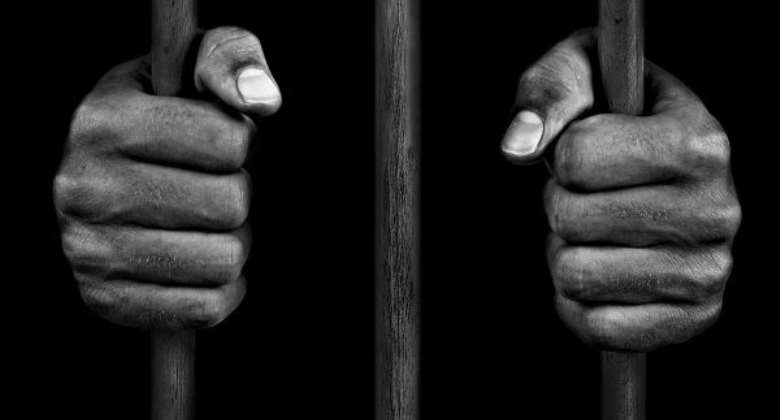 The court also sentenced Divine Asimadzi, 19, a tattooist, to three years in imprisonment for dishonest receiving while one Tettetey, charged with the same counts as Ekanovor is at large.

The convicts pleaded guilty in a court presided over by Mr Michael Johnson Abbey and they were convicted on their own pleas.

Prosecuting, Chief Inspector Charles Aziati told the Court that the complainants were students of the University of Health and Allied Sciences (UHAS), Hohoe and roommates.

He said on April 22, this year, at about 0300 hours, the complainants woke up and detected that their two Dell laptops valued GH₵4,500 and GH₵2,000, Tecno charger valued GH₵40, computer mouse valued GH₵50, pen drive valued GH₵55 were stolen from their respective rooms.

Chief Inspector Aziati said other stolen items were a money box containing GH₵200, a Tecno Spark 4 valued at GH₵850, a Lenovo mini laptop valued at GH₵2,000, all of the total value GH₵9,695.

He said a Police intelligence led to the arrest of Ekanovor, who during the investigation confessed that he and Tettetey entered the room of the complainants and stole their three laptops and other items.

Chief Inspector Aziati said Ekanovor mentioned that he gave two of the laptops he stole to Asimadzi, while the Police made efforts to arrest him (Asimadzi) and retrieved the said laptop from his room in Oklahoma, which belonged to one of the complainants.

He said Asimadzi also mentioned that he asked one Bright Awuku, a witness in the case to repair his damaged iPhone for him, which he charged GH₵500 for the service hence he (Asimadzi) gave the Dell laptop he received from Ekanovor to pay for the service charged.

Chief Inspector Aziati said in the course of the investigation, one Miriam Dunyo, a cousin of Tettetey brought two phones and a Dell Laptop to the Police at Gbi-Bla and claimed she saw them in a nearby bush in her area at Gbi-Bla.

He said the Police retained the phones and the laptop for investigations, which were later identified by the complainants as their respective properties.

Chief Inspector Aziati said Ekanovor took Police to the scene at Gbi-Bla behind the public toilet being the house of the complainants and demonstrated how he entered the rooms and stole the items.

In a separate development, Lucky Ekanovor was sentenced by the Court to 10 additional years after pleading guilty to counts of unlawful entry and stealing on a different day at the same building housing students of UHAS.

Chief Inspector Aziati said Ekanovor, on April 23, this year, a day after he and one other 'successfully' stole items belonging to students of UHAS, alone went back for another operation.

He said one of the complainants woke up and detected that thieves entered their kitchen and made away with their refrigerator valued at GH₵500, a microwave oven valued at GH₵480 and foodstuffs valued at almost GH₵100.

He then drew the attention of the second complainant.

Chief Inspector Aziati said the other complainant also detected that her two gas cylinders valued GH₵220, a coal pot whose value is yet unknown, non-stick cooking saucepan valued GH₵450, all of a total value of GH₵1,750 had all been stolen.

He said police intelligence and information led to the arrest of Ekanovor and during the investigation, he admitted the offence and detailed police on his house where the said stolen items were being kept.

Chief Inspector Aziati said one Rebecca Doh, a witness in the case led Police to the room of the convict, where the Police took photographs of the items and conveyed them and where the complainants identified them as their property.