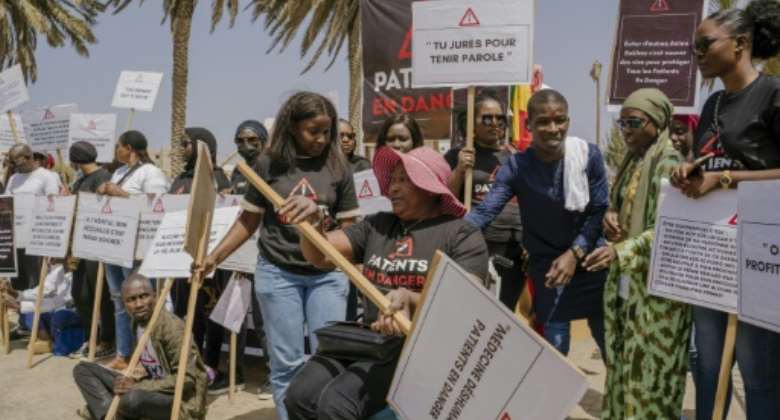 The case sparked widespread anger in Senegal, including a sit-in protest in Dakar on April 23. By CARMEN ABD ALI (AFP)

A Senegalese court on Wednesday handed six-month suspended terms to three midwives in the high-profile case of a mother-to-be who died in agony after pleading for hours to be given a caesarean.

The three were found guilty of the charge of failing to assist someone in danger, while three of their colleagues were acquitted, AFP journalists said.

The case involved Astou Sokhna, a woman aged in her thirties who was in her ninth month of pregnancy.

According to local media, she was admitted in pain to a public hospital in the northern town of Louga, begging to be given a caesarean section.

The staff refused, arguing that the operation had not been scheduled and even threatening to remove her from the hospital if she continued with her demand, the reports said.

She died in agony on the night of April 1 after suffering for around 20 hours, according to these reports.

Her death ignited a storm of indignation in the West African state, where many people took to social media to denounce failures in the healthcare system.

The affair quickly gained political traction, with President Macky Sall sending a message of condolence to Sokhna's family and ordering an investigation into what happened.

On April 14, Health Minister Abdoulaye Diouf Sarr acknowledged that her death could have been avoided. The director of the hospital has since been fired and replaced.

Prosecutors at the trial, which began on April 27, had requested a term of one month in jail and 11 months suspended for four of the accused, and recommended the release of the other two.

The three convicted midwives were on night duty while the three others who were released were on day shift.

Abou Abdou Daff, a lawyer for one of the three convicted midwives, said the reasons for his client's sentence had not been given, and an appeal was being considered.

"The accused have denied and continue to deny" the allegations, Daff said. "A medical team has the duty to respond with what is available, not to provide the outcome."

Speaker Bagbin calls on Israeli counterpart in Jerusalem
35 minutes ago