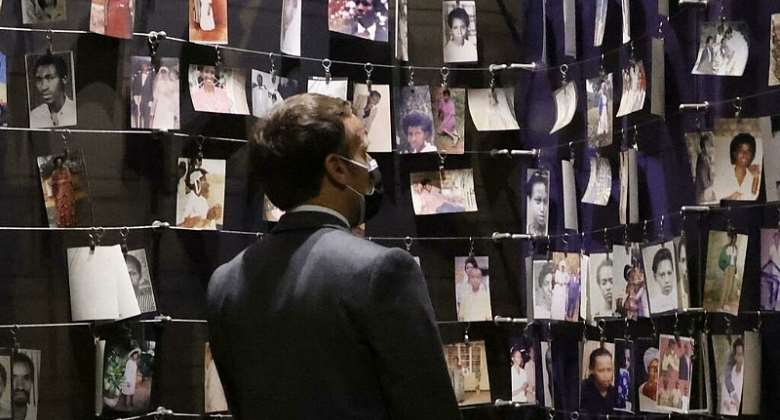 Rwandan former police chief Laurent Bucyibaruta is 78 years old. If convicted of genocide and crimes against humanity by the Paris criminal court, Bucyibaruta will spend the rest of his life behind bars.

Laurent Bucyibaruta was police chief of the southern region of Gikongoro (since re-named Nyamagabe) at the time of the murder of thousands of Tutsis by their Hutu neighbours in Rwanda in 1994. He denies the charges.

Bucyibaruta goes on trial in France on Monday, accused of genocide, complicity in genocide and complicity in crimes against humanity.

The former regional police chief is accused of leading a group of local political, police and military figures, and of directing the 1994 bloodletting in the area.

Bucyibaruta is one of only a handful of Rwandans to go on trial in France over the genocide that saw an estimated 800,000 Tutsis and moderate Hutus perish in 100 days of slaughter.

He is the highest-ranking Rwandan official ever to be tried in France for his alleged part in the 1994 massacres. He has lived in France under court control since 1997.

When the Paris trial opens on Monday afternoon, Bucyibaruta's lawyers will call for the hearing to be abandoned on the grounds that the 22-year delay since the start of investigations is unreasonable.

Promise of protection was a trap

If the judges decide that the trial should proceed, 115 witness, including survivors, are expected to testify.

In addition to the charges associated with the killings at the technical college in Murambi, Bucyibaruta is suspected of having been responsible for the killing of 90 Tutsi students at a secondary school in Kibeha, and for the execution of prisoners at Gikongoro jail.

In the garden of the Murambi Genocide Memorial, Bucyibaruta's name is inscribed on a granite slab as No 1 on a list of 75 genocide suspects.

Remy Kamugire, the Nyamagabe vice president of IBUKA, the umbrella association for genocide survivors, said he remembers Bucyibaruta as the leader who vowed to protect Tutsis only to turn on them.

According to accounts of the grisly events at Murambi, the local leaders had assured the Tutsi population they would be able to offer them better protection in a single location than if they were dispersed, and promised them food and water.

Instead, the authorities cut off the water supply to the school and deprived those inside of food, making it difficult for them to resist the attack.

Several survivors have identified Laurent Bucyibaruta as the man who ordered the police and security forces to find Tutsis who were hiding in churches and other places and gather them together in one area, under the pretext of providing them with protection.

They were then slaughtered. The Genocide Archive of Rwanda says about 50,000 people died at Murambi. There were 34 survivors.

Trial is 'a welcome development'

"This is a case that has existed for more than 20 years, and seeing it finally getting a hearing before the criminal court is a welcome development," he said.

"We hope justice will be done."