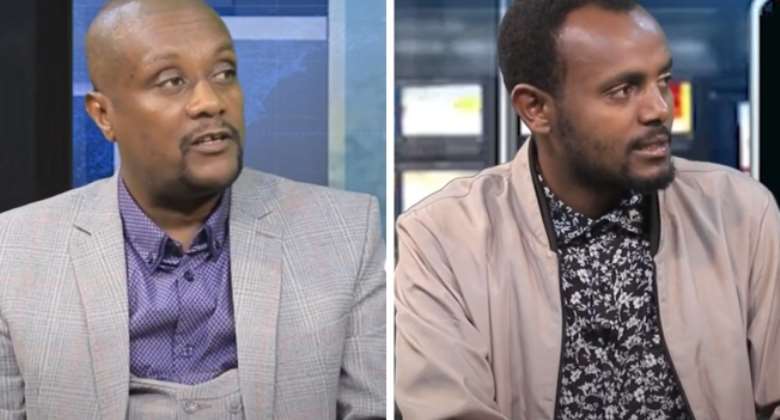 Nairobi, May 2, 2022 – Ethiopian authorities should immediately release journalists Dessu Dulla and Bikila Amenu, drop all charges against them, and stop targeting members of the press, the Committee to Protect Journalists said Monday.

On April 7, authorities in the Ethiopian region of Oromia charged Dessu and Bikila, both journalists with the social media-based broadcaster Oromia News Network, under Article 238 of the country’s criminal code, which bars “outrages against the constitution,” according to news reports and Gudane Fekadu, a lawyer representing the journalists, who spoke to CPJ in a phone interview.

If convicted, the journalists could face three years to life in prison, or the death penalty, according to the criminal code. Prosecutors have also invoked Article 258, which compels courts to issue death sentences in cases of outrages against the constitution under aggravating conditions, including if the alleged offenses were committed during a civil war or with the support of foreign actors, Gudane said.

Authorities arrested Dessu, ONN’s editor-in-chief and the host of its “Under the Shadow of Democracy” program, and Bikila, a reporter and news presenter, on November 18, 2021.

The journalists are being held at Daleti Prison in Oromia Regional State’s Finfinne Surrounding Special Zone, according to Gudane and those reports; hearings in their cases have been repeatedly adjourned, and they are next due in court on Tuesday, May 3.

“After months of arbitrary detention, the anti-state charges filed against Ethiopian journalists Dessu Dulla and Bikila Amenu, potentially carrying the death penalty, are outrageous. Authorities had months to bring credible charges against the journalists, and the fact they did not only exposes the retaliatory nature of the proceedings,” said CPJ’s Africa program coordinator, Angela Quintal, in New York. “Dessu and Bikila should be freed immediately and unconditionally, and those who abused the justice system to keep them behind bars should be held to account.”

Dessu and Bikila are facing trial alongside 15 co-defendants, all of whom are accused of connections to the Oromia Regional National Transitional Government, a regional body established by the Oromo Liberation Front and Oromo Federalist Congress opposition parties, according to Gudane and those news reports.

Gudane said that authorities’ chargesheet does not specify exactly what offenses the defendants are alleged to have committed.

On “Under the Shadow of Democracy,” Dessu covered threats to democracy in Ethiopia and specifically in Oromia. Bikila hosted daily and weekly news roundups on issues including the wars in the country’s Tigray and Oromia regions and human rights violations in Oromia.

Gudane told CPJ that the chargesheet did not mention either ONN or the Oromo Liberation Front by name, but said that Dessu and Bikila told him they could not think of any reason they would be targeted for arrest other than their journalistic work.

Dessu and Bikila were detained in a crackdown following authorities’ declaration of a state of emergency in late 2021, according to CPJ’s reporting from the time. Other journalists arrested at the time were released between January and April 2022, and the state of emergency was lifted in February, but Dessu and Bikila remained behind bars, according to media reports and CPJ research.

Police previously arrested Bikila in 2019 and held him for weeks without charge; authorities detained Dessu in March and September 2020, according to CPJ reporting and other news reports.

When CPJ called Oromia Police Commissioner Arasa Merdasa in November 2021, he said he was not aware of ﻿B﻿ikila and Dessu ’s detentions and promised to investigate. When CPJ called again last week and sent questions via messaging app, he did not respond.

CPJ also emailed and called the Oromia Communications Bureau, a government communications office, for comment, but did not receive any replies. When CPJ called Hailu Adugna, a spokesperson for the bureau, the call did not connect.

Gemechis Bekele, the bureau’s vice spokesperson, told CPJ in a phone interview that he was not authorized to speak about Dessu and Bikila’s detentions.