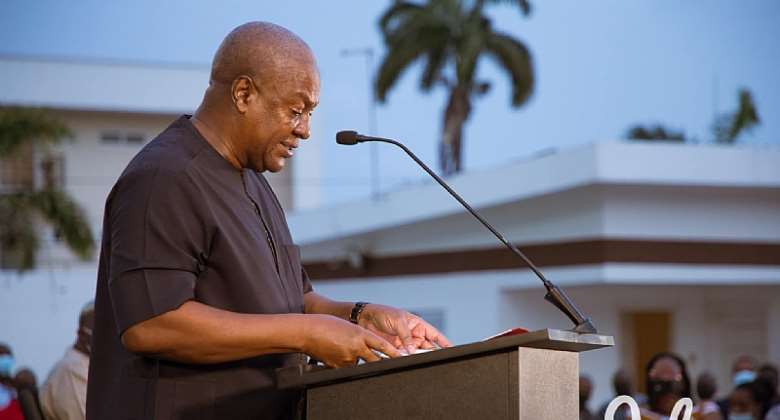 Former President John Dramani Mahama is accusing Nana Akufo-Addo of engaging in cronyism and nepotism amidst the harsh economic situation of most Ghanaians.

He said President Akufo-Addo has largely failed to honour the many promises he made to Ghanaians before the 2016 election, and currently lacks ideas on how to govern the country.

Speaking at the NDC’s ‘Ghana at a crossroads’ event in Accra, John Mahama said, “the NPP government came into office in January 2017 on the back of mouthwatering promises of an almost instant transformation of our country… An assessment of our current conditions shows that what is happening bears very little or no resemblance to what was promised.”

“Over the last several months, our political space and societal reactions have been dominated by discussion on the challenges of introducing even more taxes. These conversations have taken place against the backdrop of unparalleled cronyism, nepotism and breaches on the basic tenets of conflict of interest, transparency and accountable government and misplaced spending by the president and his inner circle,” he added.

John Mahama also said the current state of the country under the Akufo-Addo government does not engender hope for citizens.

“The painful epiphany is that, in Ghana today, the frustrations of the Ghanaian people are at an all-time high. We are at a crossroads that is acutely complicated by the doubts and fears of our next generations in the face of a future that carries no expectations of success in their lives. For most Ghanaians, the feeling of despondency and hopelessness is real and personal. It is exacerbated by the growing trend of inequality and lack of upwards social mobility,” he further said.

Warnock wins Georgia run-off against Walker to win the Senat...
31 minutes ago