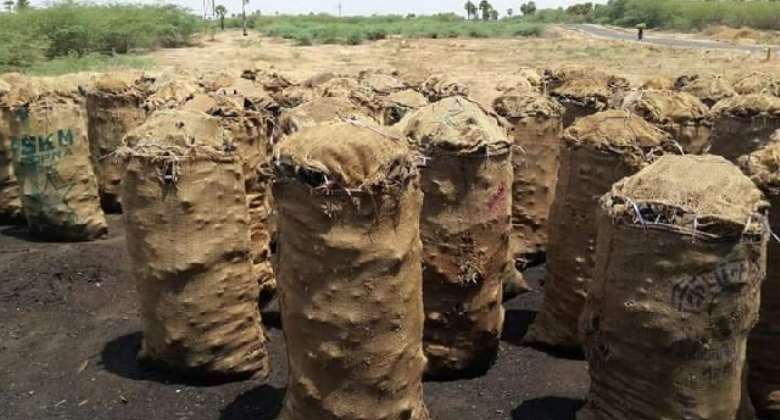 Some residents of the Savannah Region have expressed worry and disappointment in the traditional authorities and government for allowing commercial charcoal business in the region despite the ban.

The canker has resurfaced in the region after a ban was placed on the activities illegal logging, charcoal burning, fuelwood harvesting and small scale mining activities as part of measures geared toward preserving forest reserves as well as prevent economically viable trees from being destroyed.

These activities have resulted in the wanton depletion of the environmental cover in the region resulting in the recording of several cases of disasters especially rainstorms.

President Nana Addo Dankwa Akufo-Addo declared June 10, 2022, as this year’s ‘Green Ghana Day’, for tree planting across the country as part of massive reforestation agenda of government which will see the planting of some 20 million trees across the country.

The Savannah Region according to the lands and natural resources minister and member of Parliament for the Damongo Constituency, Samuel Abu Jinapor, has earmarked over 10,000 trees to be planted in the region after donating two pickups to the security services in the region to help clump down the activities of tree destruction.

Residents in the region are, therefore, surprised that, after all the efforts put in place to end the destruction of the forest cover, the illegal these loggers have bounced back in full scale felling trees for charcoal with impunity.