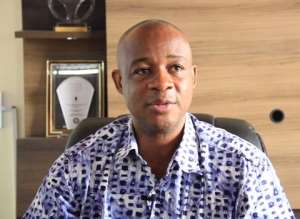 The United States of America has no moral right to be issuing reports on human rights abuses in Ghana, a security analyst, Dr Adam Bonaa has said while reacting to the 2021 Human Rights Report on Ghana issued by the United States Department.

He stated that the US is noted for violating the rights of individuals especially when they locked up people in Guantanamo Bay for years without trial.

Speaking on the mid day news on TV3 Wednesday April 27, Dr Bonaa said “The US arrested people from Afganisatan, locked them up in Guantanamo Bay for years without any trial. The US shouldn’t be the one telling us about trial, unfair arrest and all those things. Yes, all of us have had the reason to ask the national security and the state security agencies especially when some online media personnel were arrested and their laptops taken from them, detained and and eventually released without any charge, questions.

“We talk about virtually everything that comes in the media space and so for me, we have a very strong civil society that is acting as a check for the excesses we see in the governance space.”

The Director, Faculty of Academic Affairs & Research at the Kofi Annan International Peacekeeping Training Centre (KAIPKTC), Professor Kwesi Aning has also said the report is rubbish and should be treated with the contempt that it deserves.

“Were you to put 20 Ghanaian scholars and human right activists together we can write a worst report about the United States. So this report to me is rubbish and I think it should be treated with the contempt that it deserves. After almost 62 years of independence we can write our own report.

“We have a vibrant Civil society, we have a Parliament irrespective of its problems or weaknesses, we have a judiciary that we can criticize. A whole Minister made suggestions about how judicial decisions can lead to certain problems.

“We don't need the State Department to tell what we are doing right or wrong. So I think we should dismiss this report with the contempt that it deserves. I think after all these years of independence we should be bold and tell them that this not right,” he said.

The report which was released on Tuesday April 26 said among other things that there were a few reports that the government or its agents committed arbitrary or unlawful killings.

It stated that there were isolated attacks on journalists by members of security forces as well as by unknown assailants and occasional threats and intimidation.

“In April authorities arrested online news editor David Tamakloe, allegedly working on corruption stories concerning prominent members of the government. Authorities released him without charge. Media advocates characterized the arrest as a 'preemptive move' and a 'clear abuse of power' as no story had been published at the time of the arrest.

“On May 11, Ministry of National Security officers detained and allegedly brutalized Caleb Kudah, a journalist with Omni Media Limited (OML), operator of Accra-based Citi FM radio and Citi TV. Authorities accused Kudah of filming a fleet of vehicles that had allegedly fallen into despair as a result of neglect at the Ministry of National Security facility, a restricted site.

“The security officers who detained Kudah reportedly beat and abused him during interrogation. On the same day, a SWAT team reportedly entered the OML offices in an attempt to arrest Zoe Abu-Baido, Kudah's colleague. The Ministry of National Security accused Baido of possessing video files sent to her by Kudah immediately before his detention.

“Following public outrage the Ministry of National Security announced an internal probe into the incident which led to the suspension of the officers involved. Less than a week after his suspension, Ministry of National Security leadership reassigned Lieutenant Colonel Acheampong, identified as the commander of the operation that apprehended and reportedly abused Kudah, to serve as commanding officer of a different unit of the Ghanaian Armed Forces.

“On July 9, Assin Central Region Member of Parliament Kennedy Ohene Agyapong called for Erastus Asare Donkor, a journalist with Luv FM, to be “beaten and whipped” during a live television interview. The Media Foundation for West Africa and 642 professional journalists and supporters of press freedom presented a petition to the office of the speaker of parliament to request parliamentary debate on what they considered the deteriorating press freedom situation.”