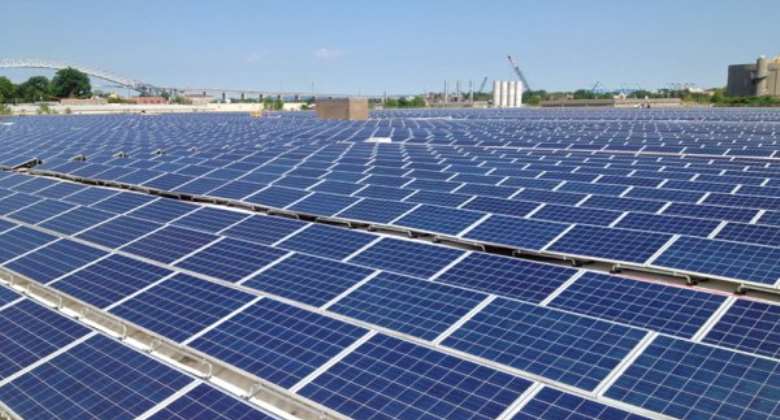 Solar energy will soon be deployed to public institutions as part of an initiative called 'Ghana Go Solar.

It is aimed at reducing emissions of the country and address physical imbalance of the energy sector.

Mr Seth Mahu, Deputy Director, Renewable Energy, Ministry of Energy told the Ghana News Agency at the sidelines of a post-COP26 meeting that the initiative would help reduce electricity cost, consumption and reliance on the national grid.

“We see energy and transportation as sectors that contribute to emission in the country so we are focusing on renewable energy to reduce emission,” he said.

Already, processes including appraisal had begun and would be followed by the signing of about 30 million euros grant between Ghana and Germany.

When done, he said would see offices of all metropolitan, municipal, districts, ministries departments and agencies fitted with solar panels.

Mr Mahu said the initiative was in line with the implementation of Ghana's updated Nationally Determined Contributions of the Paris Agreement to scale-up renewable energy penetration by 10 per cent by 2030.

Aside from that, he hinted that there were other programmes to be rolled out: solar mini-grid for island communities, private homes, small and medium scale enterprise.

On the introduction of drive electric initiative in the country, he said the Ministry of Energy had started the processes including applying for a tax wave to facilitate mobility.

Drive electric, is an initiative by the government to reduce significantly petrol, diesel and liquefied petroleum gas powered vehicles and introduce electric powered vehicles, which are charged by plugging the vehicle into charging equipment powered by the electric grid or standalone renewable energy generation sources.