20% pay cut: 'Council of State is the most useless institution in Ghana, they're all thieves with a capital 'T’'— Captain Smart 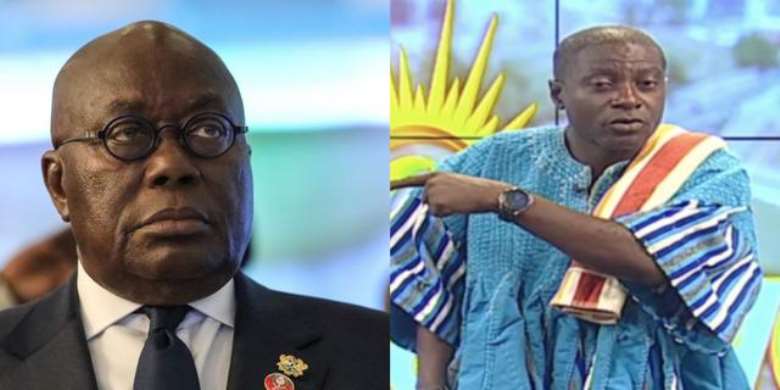 Morning show host for Onua FM Captain Smart has taken the Council of State to the cleaners on Wednesday morning after its pledge to cut monthly allowances by 20 percent until the end of the year.

The Onua Maakye host said God will punish all members of the Council from the Chairman, Nana Otuo Siriboe II, to the least member for their actions.

After a meeting with President Nana Addo Dankwa Akufo-Addo at the Jubilee House on Tuesday, March 22, Nana Siriboe II, on behalf of the members, offered to cut their allowances in order to help mitigate the economic crisis in the country.

“Mr President, over the past few weeks, the Council has been deliberating on the current economic conditions of the country and have been collecting views with the view to sharing with you as early as possible,” he said.

“As we were going through our routines, you and your cabinet were at a retreat over the same issues. Since [Monday], we have been fed with snippet of information regarding some of the decisions that you have made.

“We are particularly delighted to read that you and your cabinet have decided to reduce some of your emoluments and your allowances. Mr President, in tandem with your decision we as Council of State had also decided that we will reduce our monthly allowances by 20 per cent until the end of this year.”

But the radio host said this move by the Council is just populist and instigated by the Akufo-Addo-led government to plunder the state coffers further.

He called the government names and said it has nothing to offer Ghanaians anymore.

“They are all thieves with a capital ‘T’.”

He asked that if the Council is indeed committed to assisting to solve the economic crises, the members should park their V8s at orphanages to show they care.