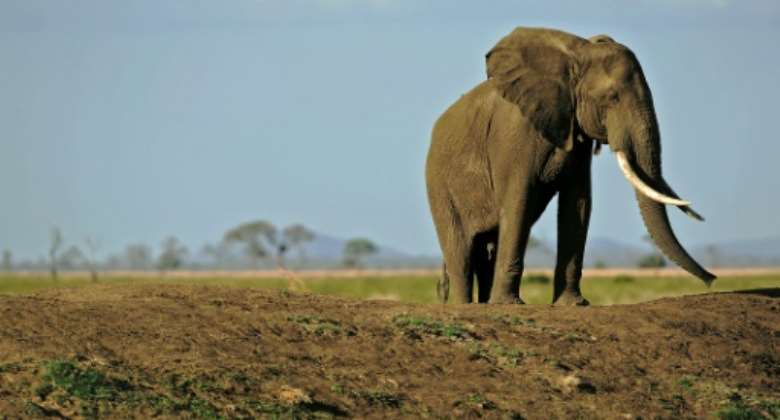 Tanzania is renowned for its rich wildlife including elephants. By Daniel Hayduk (AFP/File)

Elephants in Tanzania's famed Ngorongoro conservation area have killed a Maasai man who had gone there hunting for firewood, police said Thursday.

The attack occurred against a backdrop of government concern over the increasing human population and activities in Ngorongoro, a World Heritage Site renowned for its rich wildlife including elephants and big cats.

Tanzania allows some communities such as the Maasai, who graze their livestock alongside wild animals, to live within the country's national parks.

However, they are often in conflict with the wildlife which can attack people and livestock and destroy crops, and debate is now raging about the possible eviction of the indigenous Maasai.

The Maasai man, 45, died on the spot in the elephant attack Wednesday when a group of the residents went to gather firewood, Arusha regional police chief Justine Masejo said in a statement.

Last August, three young children were killed by lions near Ngorongoro as they went to look for lost cattle.

"Ngorongoro is getting lost. We agreed to make it unique by allowing people and wildlife to stay together but the human population is now out of hand," Tanzanian President Samia Suluhu Hassan said last year.

She said the human population in Ngorongoro had increased from about 8,000 in 1959 to more than 100,000 last year, threatening the life of wild animals.

However, local pastoralists and activists are fiercely oppose any possible evictions of the Maasai.