Re: Stop faking your health

By Friends of Democracy -Ghana
Rejoinder 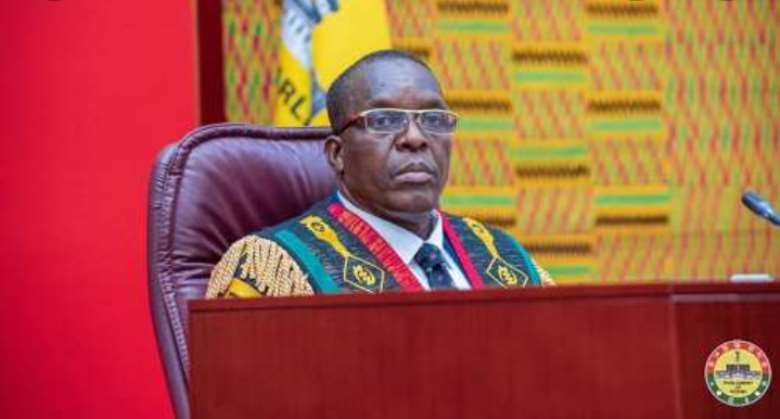 The Friends of Democracy-Ghana has taken notice of a widely circulated news item calling on the Rt Hon Speaker of Parliament to stop faking his health which is attributed to one C.O Mintah described as a Chartered Accountant who was contributing to a political discussion on Wontumi Radio.

This call by the said C.O Mintah is baseless, insensitive, offensive and unwarranted amounting to yet another attempt by a propagandist element to throw unfounded shades at the Rt Hon Speaker of Parliament for inexplicable reasons.

Friends of Democracy-Ghana (FoD-GH) wishes to remind Mr C.O Mintah and his ilk that the health of the RT Hon Alban Sumana Kingsford Bagbin as the number three gentleman of Ghana is of public record now and his medical review schedules can easily be verified if the need be.

Indeed, the boisterous and energetic Speaker of Parliament committed to changing the narrative in Parliament and leaving a lasting and indelible legacy will not trade this for anything much less faking his own health for considerations known only to people like Mr. C. O Mintah and feeble minds like him.

It is exceedingly important for us to reiterate quite emphatically once again the need for the office of speaker under the Rt Hon Alban Sumana Kingsford Bagbin to be accorded the courtesy and decorum deserved rather than the continuous but failing attempts by detractors like Mr. C. O Mintah to run down the speaker and drag his name into mud.

It is our expectation that we should pray for good health and a stable state of mind for the Rt Hon Speaker to discharge his mandate in Parliament to the admiration and expectations of the good people of Ghana rather than engaging in these partisan-laden criticisms that contribute in no way to the progress of our parliamentary democratic process.