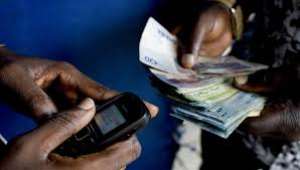 In the days of old, Ghana was the black star of Africa. This success became imminent with the likes of Osagyefo Dr. Kwame Nkrumah, William Ofori Atta, Ebenezer Ako Adjei, Emmanuel Obetsebi Lamptey, Joseph Boakye Danquah and Edward Akufo-Addo at the helm of affairs. I will certainly be doing myself a disservice if I fail to mention Kojo Botsio, Nathaniel Azarco Welbeck, J. H. Allassani, General Charles Arden-Clarke, Archie Casely-Hayford, Krobo Edusei, Okyere Asafu-Adjaye among others.

These were men who had Ghana at heart and despite the infamous Krobo Edusei’s scandals, they are by far better than what we are seeing today. Yes there were allegations of corruption during the period but can’t be compared to our current crop of politicians’ alleged corrupt practices we hear every now and then.

I am worried because after all the natural resources at our disposal, if the only panacea to our economic woes is to resort to a certain E-Levy then the so-called economic management committee aren’t competent enough. As we speak, there are series of town hall meetings in line with this same E-Levy. If previous and current government had been proactive enough and shunned corrupt practices, the coffers could have been fat. This would have created employment opportunities and the living conditions improved.

It is sad to note that the country is rather experiencing hardship that has generated agitations in the Labour front. Strike upon strike has been the order of the day but activities aimed at scoring cheap political points have made many sit unconcerned and behave as though things are well. Meanwhile, UTAG is still on strike putting undue pressure on Freshmen and continuing students alike.

The country doesn’t see it as a shame as it parades herself as though legality could be used to keep the UTAG members at bay. I said it yesterday and would be quick to hint again that our leaders are the cause of our problems. Some lack vision and others enjoy anything in the skirt. Truth is they are all staunch Christians and Muslims and don’t see anything wrong with sleeping with ladies old enough to be their children and grandchildren.

I have been pondering over the rationale behind E-Levy when the bauxite, oil, ore, gold, manganese, cocoa, rose wood among others couldn’t put Ghana on the international pedestal for achieving enviable social economic gains. Instead, Ghana has gained notoriety in creating, looting and sharing. The E-Levy, if it’s used in the supreme interest of the country, could eradicate poverty and eliminate social vices.

However, the proceeds of E-levy would be channelled into all sort of activities that undermine the sanctity of rule of law, human right and freedoms, provision of amenities to make life easy for the ordinary Ghanaian among other ill-motivated agenda currently running through the minds of the politician.

In the first place, our issues as a country isn’t only about non-payment of taxes on the part of the citizenry. It goes beyond that. Corruption is deeply rooted and we all behave as though a certain way of exploiting the ordinary Ghanaian by way of imposing taxes is the way to go. Imagine a situation where the official mandated by law to collect taxes is corrupt. What becomes of the importance of the revenue? Let’s work more on protecting our coffers rather than imposing more taxes on the people. I was particularly overjoyed when I drove past the tollbooth at the time the toll levy was abolished. Over the years, some unscrupulous workers will delay the process all in the name of outwitting the system. In the event where you give some of them say GHC1, they will play as though busy to the point where issuing the ticket is a hell of a tussle. Assuming you’re the hurry type, you just ignore all the drama and move. Ask yourself; where does that money go to? This, I think you might have observed it too.

Another point worth mentioning is the fact that, taxes are good when they’re used for the right purposes. We all can attest to the importance of revenue to the citizenry and for that matter the economy. Is Ghana’s case the same? Hell no! Some of our leaders can’t possibly be trusted owing to their bad track records. They promise the citizenry 2bottles of oil and take from them a barrel of the same oil. I just overheard someone say that they are engaging in robbing Peter to pay Paul which could as well be said as the use of elimination by rough tactics.

It is worthy of note that, more taxes cannot be the solution. This could be seen on the face of the pink sheet. When we put in a mechanism that can bite all individuals involved in malfeasance, then, there could be a meaningful headway . More often than not, some of our leaders mount podiums and indicate their willingness to curb corruption, abolish some levies and taxes but verily, verily, I say unto you, it is part of their political gimmicks as they allegedly engage in corruption and impose more taxes forgetting the podium promise. Thanks to technology, the playback exposes their dishonesty. Until such a time we will have honest politician, even Moses in the bible will have issues in governing Ghana.

Our major challenge is corruption. Let’s fight it and reduce the imposition of more taxes like the E-levy. Corruption, let my country go and develop. So I quiz finally, does Ghana really need E-Levy?

Author: Amanda Atunah, a student of the Ghana Institute of Journalism (GIJ)