Weighing Alhaji Mahamud Bawumia On The Scale Of Politics Without Principles 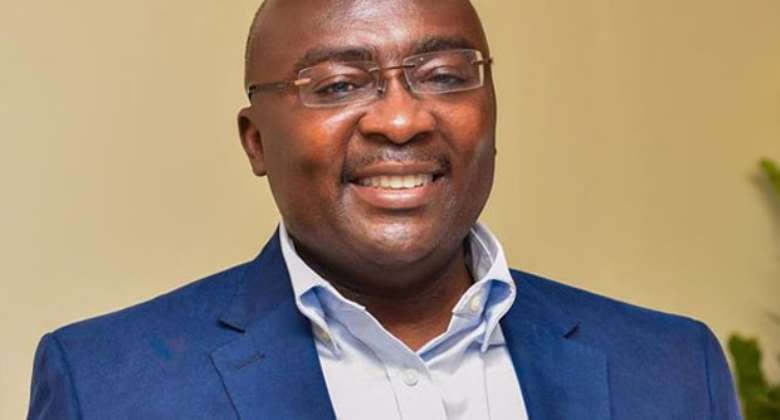 Whereas, the Oxford dictionary explains politics to mean the activities associated with the governance of a country or area, I simply see politics as a contest of ideas and actors within such a contest, engage in that act with a certain ideological position characterized by principles aimed at ensuring public good and interest. In the context of partisan politics, every political party is founded on key principles and every politician is expected to hold in high esteem virtuous principles.

The adoption of democracy meant that every political party must go into the political market with principles and ideologies as well as designed pragmatic approaches to advance such principles in propelling development. In the fourth republican partisan politics in Ghana, we have experienced a fierce contest of ideas with politicians taking on one another on the metrics of policy feasibility and or necessity. This is an important benchmark for the success of our democratic dispensation. It has created an environment for every voice to be heard in one way or the other. Perhaps, it is the vindication of the postulation of Aristotle as captured in the work of Toole (2005) that “it is within the political society that one can achieve his or her potentials.”

Now to the substantive issue, among the seven deadly social sins proposed by Mahatma Gandhi, is politics without principles (Gandhi and Gunsky1990). Politics without principles emerged during the twentieth century in one of Gandhi’s weekly newspaper publications called the Young India in 1925 (Gandhi 1939). The publication has since sumptuously depicted the practice of politics, especially that of partisan politics in multiparty democracies where the competition for political power remains fierce. Politics without principle has crept into the nucleus of our democracy, giving birth to acts that seemingly betray the ordinary citizen. Politics without principles is the one characterized by lies, inconsistencies, malice, assassinations, framing, insults and personality attack. Those who depart from principle end up becoming vehicles of destruction but carrying themselves, rather deceptively, as nation builders.

In advancing the vital role of principle to society and democracy, Gandhi opined that “when politicians (or anyone else, for that matter) give up the pursuit of truth, they, or in the case of parties, would be doomed.” It is against this background, that political parties must be interested in whipping members in line when they go contrary to this basic standard, otherwise such a politician can easily lead the entire party and sometimes the entire society into a crisis situation.

In focus of this tenet, is the political conduct and style of Alhaji Mahamudu Bawumia, now the Vice President of the Republic of Ghana. Alhaji Mohamudu Bawumia was selected by Nana Akufo Addo as his running mate in the 2008 elections and was maintained in the 2012 elections. Between 2008 and 2012, many did not see him as a politician but a technocrat who knew almost everything under the sun when it came to economic management. His credibility at the time was intact, being a political angel to cover the credibility deficit of Nana Akuffo Ado who was perceived as a violent political character.

Indeed, Alhaji Bawumia played the role very well as he adopted an economic lecture method in marketing his party and candidate by constantly attacking the NDC government. The NPP and its media surrogates packaged him as the panacea to our economic challenges as a developing country. He called the government names because according to him, government had borrowed much even though Ghana had all the resources needed to develop. He called the NDC government incompetent and inept because the national currency was mismanaged as the cedi wasn’t equivalent to the dollar.

In 2016, the NPP won power and Alhaji Bawumia became the head of the economic management team of the country, a time to prove his practical understanding of economic management. Hopes and expectations were high as the most brilliant economist is now in charge.

Lo and behold, time gave meaning to Abraham Lincoln rendition that “nearly all men can stand adversity, if you want to test a man’s character, give him power.” The man became a different man whose actions were/are in clear contradiction of his hitherto public pronouncements. For lack of time and space, I shall remind readers of just a few of his contradictions.

•Bawumia while in opposition argued that borrowing was not an act of prudent economic management. He could not understand how the NDC government increased the public debt to about 120billion, describing same as “reckless borrowing” and that future NPP government would use a different approach. On the assumption of power, Bawumia insisted that the NPP government will continue to borrow. Funny enough, in March 2019, the NPP organized a “kenkey party” to celebrate a successful contraction of 3billion dollars under the leadership of Alhaji Bawumia. Bawumia now considers borrowing as a prudent management of the economy and his government has borrowed more than any other government, ballooning our debt stock from 120billion in 2016 to about 344 billion as at the end of 2021.

•In 2015, Bawumia described John Dramani Mahama as insensitive and uncaring to Ghanaians because but today he thinks differently over the countless number of times Ghanaians have experienced hikes in fuel price.

•In October 2016, Alhaji Bawumia said promised that no village would have water and toilet problem in the first two years of the NPP. Today, there are many villages that do not have access to portable water.

•In 2017, Vice President Alhaji Bawumia promised every Ghanaian a bank account. He ended up collapsing many banks in the country.

•In August 2020, Bawumia said the NPP government would pay rent for working youth in 2021.

The list of clear lies and contradictions is endless, leaving a scar of pale credibility on the persona of the Vice president. His actions and inactions, has caused him to be running away from discussions on fundamentals of the economy to take cover at digitalization. He appears to be a technology expert now and not an economic lecture that is the mark of politicians who depart the path of truth for political convenience.

The verdict is clear that Alhaji Bawumia style of politics is the one without any modicum of principle. He has proven to be very petty and deceptive. He has also proven to be an over-hyped economist who knows only theory. With his pale credibility left, one wonders how he will be able to convince discerning electorates as he dreams to become the president of Ghana. Perhaps, he is living in the world of disillusionment and cannot appreciate the stack reality that the economy is in crisis, corruption is on the ascendency, and we are leaving is hopelessness.

He may possible get to appreciate his style better when members of his party, begin to put him on the scale of politics without principles when their presidential primaries start. There and then, people who have been defending him profusely, will muster the courage to tell him his misdeeds and how he has vanquished the credibility of the NPP and leaving it in the position of doom, in the near future. We shall see how his usual “politicomedy” will save him from his imminent days of shame.

It is crystal clear that Bawumia will suffer the repercussion of deceptive politics. The good thing however is that his style of politics must therefore be a case study to budding politicians in Ghana and Africa. Such a case that may inform the choice of ideal political styles of actors.

May I end with a quote from Anna Quindlen which says “the misdeeds of ordinary men can be buried with them, and their lives described in half-truths that are really half-lies. But not a public man. Particularly not this one.” A word to a wise is enough.