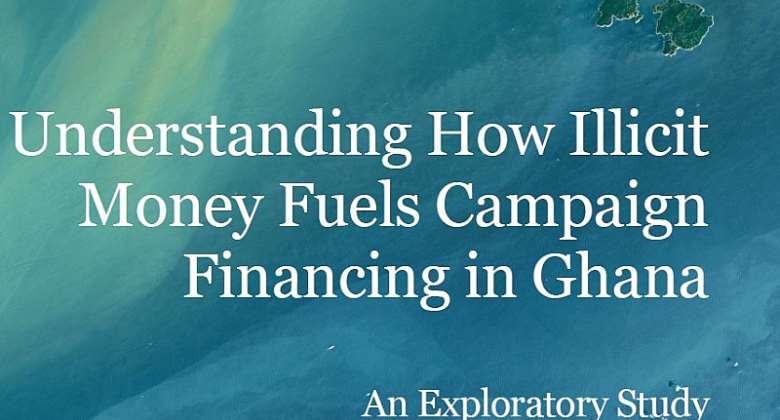 Since the inception of the Fourth Republic, the role of money in Ghanaian politics has grown exponentially. The large sums of monies used in political party campaigns make the process susceptible to demand and supply-side corruption and illicit money. The absence of an effective campaign financing regime provides opportunities for ill-intentioned donors, local criminals, and organised crime actors to gain influence over elected officials by financially supporting their campaigns. This not only undermines democracy, good governance, and the rule of law, but also has negative consequences for economic and social development.

Earlier studies have demonstrated that the cost of politics and campaign financing in Ghana is high and increases astronomically from one election cycle to another. A 2018 report by the Ghana Center for Democratic Development (CDD-Ghana) and the Westminster Foundation for Democracy (WFD) revealed that the cost of running for office as a Member of Parliament (MP) increased by 59% between 2012 and 2016.

The study adopted a three-tier approach with a mixture of desk research (literature review) and newspaper content analysis forming tier one. The desk research and analysis sought to provide a basic understanding of the issues of campaign financing in Ghana, identify any patterns and manifestations of the phenomenon, examine the laws and institutions governing political financing in Ghana, discuss the effectiveness of the legal and institutional framework, and understand why challenges persist.

The third tier was a final verification check of the names of the financiers. This was done through validation sessions held under Chatham rules on March 19, 2021, in Takoradi, Western Region, and Accra, Greater Accra Region on March 24, 2021.

Monetization of Politics in Ghana

Sources of Funding for Political Parties and Candidates

Key Businesses Financiers Are Engaged In

Going to the IMF with Ken Ofori-Atta as the lead will yield ...
9 minutes ago