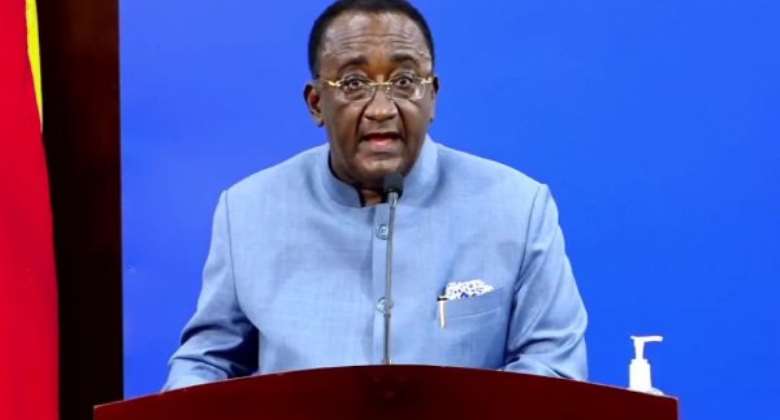 Minister for Food and Agriculture says government has released GH¢44 million as part of an emergency budget support for the implementation of an action plan involving key activities for combating the Highly Pathogenic Avian Influenza (HPAI) – Bird flu.

The activities, Dr Owusu Afriyie Akoto said, included the creation of public awareness on the HPAI, engagement with key stakeholders, stamping out, decontamination, and procurement of disposal materials.

Some GH¢14 million has also been earmarked for the payments of compensations to affected farmers.

He said the Ministry had received a warrant for the release of GH¢20 million of the amount to carry out the activities and was looking forward to receiving the remaining 50 per cent of the approved budget to enable the Ministry to procure badly needed vehicles, motorbikes, and laboratory equipment for operational purposes.

While awaiting the release of approved funds to combat the spread of the HPAI in the country, the Ministry is responding within the constraints of available resources to protect and mitigate the adverse impact of the disease on the livestock and poultry industry.

Dr Akoto, speaking at a media briefing on the management of the outbreak of bird flu and other transboundary animal diseases in Ghana, said as part of interventions to combat the disease, government had also granted the approval for the immediate recruitment and deployment of an initial 550 veterinary professionals, out of a total of 1100 Professionals throughout the country.

Some 55,227 birds have also been destroyed by the veterinary Services Department (VSD) of the Ministry.

As of October 2021, Seven out of the 16 regions in the country had been hit by the HPAI with the remaining nine regions equally at risk due to the rapid spread of the disease.

The Bono, Upper East and Eastern regions were the latest to record cases of bird flu with some already affected regions continuing to experience new cases, particularly parts of Tema in the Greater Region, where several farms had been affected.

The Agric Minister noted that, in all cases recorded, the VSD of the Ministry had been on hand to offer the requisite services in stemming the spread of the disease, and said government continued to strengthen the capacity of the VSD for the effective discharge of its core mandate of managing Animal Health in the country.

The interventions to combat bird flu by Government was imperative in supporting the strategic mandate of the VSD in contributing effectively to public health and the development of the livestock and poultry industry.

The frequent outbreaks of transboundary animal diseases such as the Highly Pathogenic Avian Influenza (HPAI), Foot and Mouth Disease (FMD) and African Swine Fever (ASF) among others, threatened Government's agenda of attaining self-sufficiency in meat production by 2025, as envisioned under the Rearing for Food and Jobs (RFJ) programme.

Dr Akoto said as part of the Ministry's action plan to stabilise the situation, it was rolling out a comprehensive communication plan to sensitise the public and targeted stakeholders at the national, regional and district levels about the HPAI and other transboundary animal diseases.

“Pursuant to this, a Ministerial implementation team will be inaugurated on Friday 28th January 2022, to coordinate the nationwide sensitisation programme and oversee the general implementation of the Ministry's management programme,” he stated.

Dr Patrick Abakeh, Acting Director of Veterinary Services, said out of a total number of 707,966 affected birds, the Ashanti Region had the highest number of 338,003 affected birds and 26 farms.