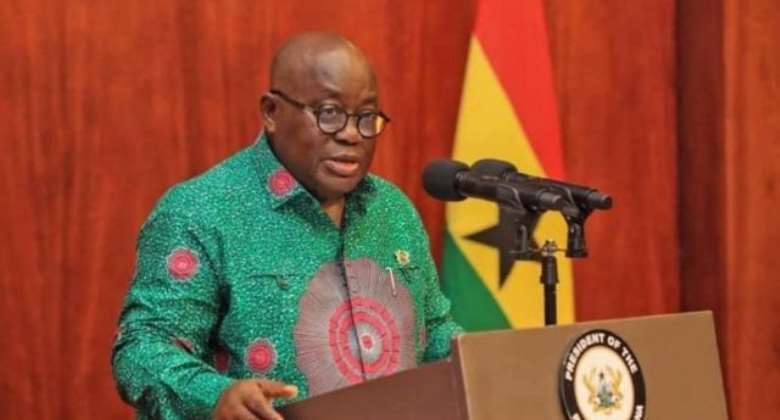 President Nana Akufo-Addo has called on the Bawku Naaba to cooperate with government in order to ensure peace in the area.

President Akufo-Addo made the call when he received elders of the Bawku Community on Tuesday, 25 January 2022, at the Jubilee House in Accra.

The President said: “I know very well the nature of the decision that the Supreme Court took over the Bawku chieftaincy conflict… I am hoping that the Bawku Naaba will also cooperate with the government to bring peace to the area.

“The monies we spent on security in Bawku could be used to develop the place. So I asked for you here so that we can find a way to work towards bringing peace and calm and understanding to Bawku.”

Recent violence in the Bawku community has led to the death of several people including a Police Officer.

Some other persons have also been injured.

There were reports of gunshots in Bawku in the early hours of Monday, 27 December 2021 that led to the destruction of property and loss of lives.

A similar incident occurred on Thursday, 18 November 2021, led to the imposition of a curfew on the town.

The Regional Security Council has also banned the use of motorcycle in the area and surrounding towns.

Latest Photo Reports
Catch up with all the political quotes from our politicians.
Advertise here
More Headlines
ModernGhana Links
Scrapping E-levy will be difficult when collateralised—Prof Bokpin
US groups offered me money to drop anti-LGBTQ+ bill, they wanted sort me out for life – Sam George
Reforming 1992 Constitution: Abu Sakara charges NCCE to lead the way to get gov’t involved
45 years in ministry: Bawumia congratulates Archbishop Duncan-Williams for touching lives
You’re father to many; no wonder you're called 'Papa' – Bawumia praises Duncan-Williams on 65th birthday
Petrol, diesel, LPG prices to go up this week—COPEC, IES predict
NDC cannot support collateralisation of every source of future revenue; Agyapa deal must go – Mahama
‘We’re committed to protecting you from robbery attacks’ – Akufo-Addo to MoMo vendors
You're blessing to Ghana, Africa and the world — Mahama celebrates Duncan-Williams on 65th birthday
TOP STORIES