'Give us our gun' — Medikal's lawyer prays court 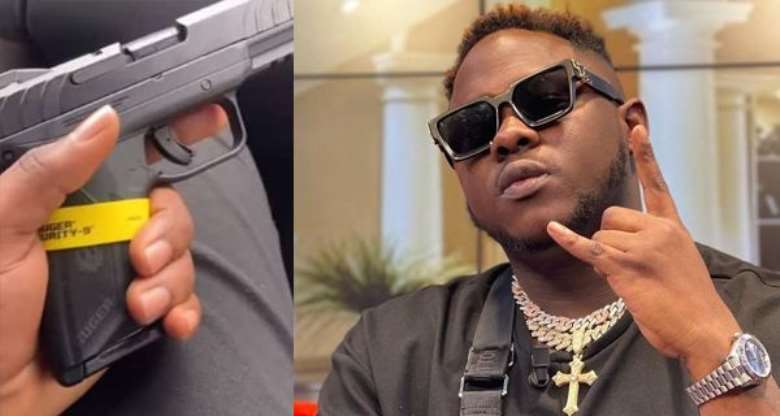 The Defense Counsel for musician Samuel Adu Frimpong, popularly known as “Medikal” on Tuesday prayed an Accra Circuit Court to release the Musician's Ruger 9mm pistol confiscated by the Police after it was allegedly displayed on social media.

Madam Alice Nimako Debrah-Ablormeti, who held the brief of Mr Paul Abaligah, made the prayer when the accused person appeared before the Court for displaying the pistol on social media.

The Court, presided over by Mr Emmanuel Essandoh, ordered the counsel to make the application formal.

Madam Debrah-Ablormeti also informed the Court that prosecution had not served the client with the necessary processes.

The prosecution pleaded for extension to file the processes, witness statement and disclosures.

Meanwhile, Frimpong, a renowned rapper, is on a GH¢100,000.00 bail with a surety (should be a public officer) for allegedly displaying a Ruger 9mm pistol on social media.

He has since denied the charge.

The prosecution said on September 26, 2021, the video of the musician displaying the gun went viral, stating that on October 21, 2021, based on intelligence, Medikal was arrested.

It said the accused person admitted the offence in his cautioned statement.