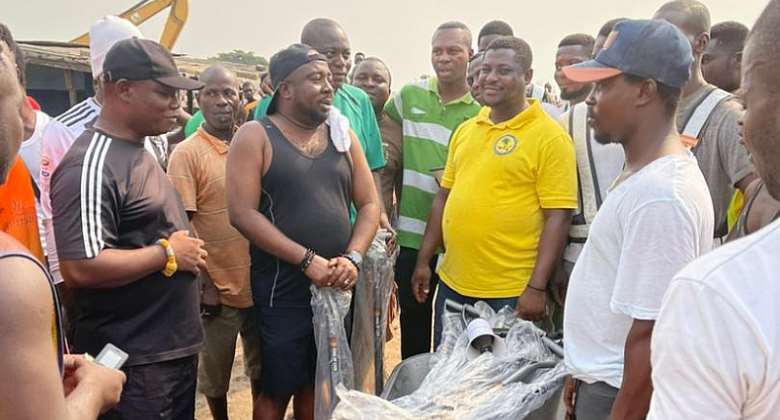 As part of activities to commemorate the 40 days of the passing of Nana Kojo Kru II, the Paramount Chief of the Komenda Traditional Area, a clean up exercise was held to tidy up the city for the ceremony.

Several residents joined the exercise to remove choked gutters along the principal streets of Komenda and other areas swept.

The exercise was organised by Komenda Edina Eguafo Abrem (KEEA) Municipality in conjunction with the Family of the late Chief, assembly members and opinions leaders of the town.

"I envision making Komenda the cleanest city. It is my responsibility to make it better than Assin Kushia." He added that, he was glad the town has been cleaned but "However, I appealing to all of us not to litter about with sachet water. We are the only ones who can do this and no one else can do this for us."

Mr. Appiah cautioned persons who engage in open defecate at the seashore to desist from that habit. "When we arrest someone, I don't want anyone to come and plead that he is my maternal or paternal relation and as such all those involved should put a stop to that habit," Mr. Appiah stated.

The MCE was accompanied by some staff of the assembly including city guards to take part in the clean up exercise at Komenda.