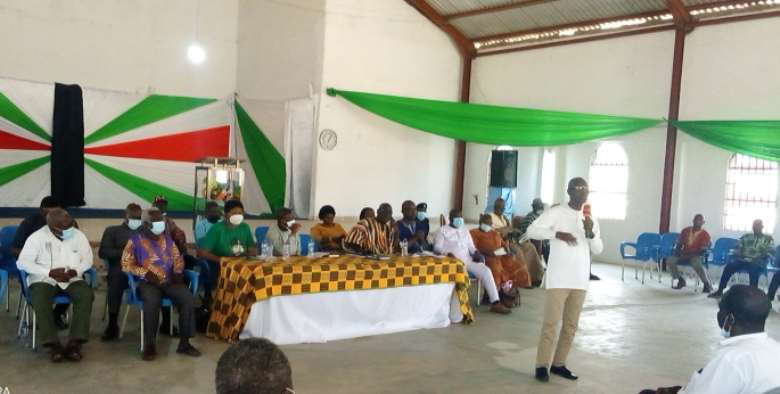 Mr Peter Nortsu-Kotoe the Member of Parliament for Akatsi North constituency in the Volta region who doubles as the chairman for parliamentary select committee on education said the idea by the ruling New Patriotic Party (NPP) to run basic schools under semester system will collapse Ghana's education system.

According to him, basic schools and their teachers will find it very difficult to stay in schools for 20 weeks per semester.

He added that the country's education system has been running the there term system for over decades without any hiccups.

"How can our little children be in school continuously for five months?" he stated.

Mr Kotoe said he was happy all teacher unions in the country kicked against the cruel system by government.

He stressed that government should have been thinking of building classroom blocks for students in deprived areas and communities.

He added, "they even wanted to change 3 years of Senior High School system to 6 years which we disagreed."

Mr Kotoe said this at Keta during a town hall meeting held at Word Power Ministries Church, Keta-Abutiakope organized by Keta MP, Mr Dzudzorli Kwame Gakpe, where he was sitting as the chairman of the occation.

Mr Gabby Hottordze, the central Tongue Member of Parliament who was at the occation urged the party faithfuls and the general public to have confidence in the NDC.

He took the gathering through the one year journey of Volta MPs in Parliament.

I’ve increased TVET enrolment in SHSs by 44,000 representing...
21 minutes ago