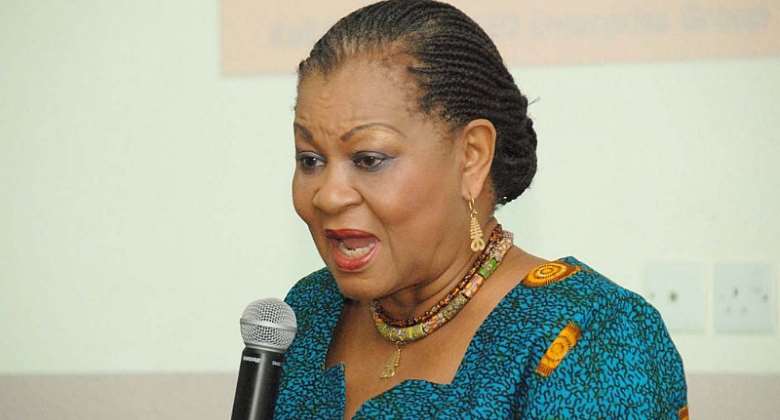 She said Ghana remained an endowed nation, yet recent events continued to dim the gleam, and that it was time to protect the reputation and maintain its relevance.

Madam Aryee was addressing the 2022 National PR and Communications Summit of the Institute of Public Relations (IPR) Ghana, which is on the theme “Truth Well Told and Shared”, and which is being held at the Volta Hotel at Akosombo in the Eastern Region.

She said the PR professional remained part of the development agenda and was expected to help enhance the nation's progress.

“We are all in different areas of the Ghanaian economy, but as Ghanaians and as PR practitioners, we must make sure that the reputation of Ghana is well kept.

“This is the only country we have. If you go to the UK and you get citizenship, they will call you a Ghanaian British. If you go to the United States, they will call you a Ghanaian American. You can never run away from your 'Ghanaianess.' It's a beautiful country. I think it is the Eden that God promised. It has everything- minerals, beautiful rivers, and nice people. But gradually we are destroying it.

The renowned preacher and longtime member of the IPR added that the profession's key altars of relationship, reputation, and relevance must be highly considered in correcting the nation's current dispensation, which she claimed was becoming increasingly tribalistic.

Ms Fatimatu Abubakar, Deputy Minister of Information, who opened the summit, spoke of the government's “adoption of several PR tools” to deepen its relationship with the citizenry.

She said there had been most visible in the Ministry of Information's efforts at enhancing the flow of information to and from the public, which includes town hall meetings, and Ministers' press briefing series, among a host of public and media engagements.

The Deputy Minister noted the IPR Ghana's continuous support to the Government, and commended particularly, its role in the successful implementation recently, of a novel nationwide media capacity enhancement program, whose essence was to sharpen the media's support towards the developmental agenda.

Mawuko Afadzinu, President of the Institute, said as per the theme, the summit would reflect on the responsibility of the PR practitioner in helping shape public discourse closer to national development.

He appealed to PR practitioners to keep themselves updated through the times and the technological advancements, leveraging the positives to remain relevant.

About 70 new members were inducted into the Institute.